Patrons of streets in Warsaw 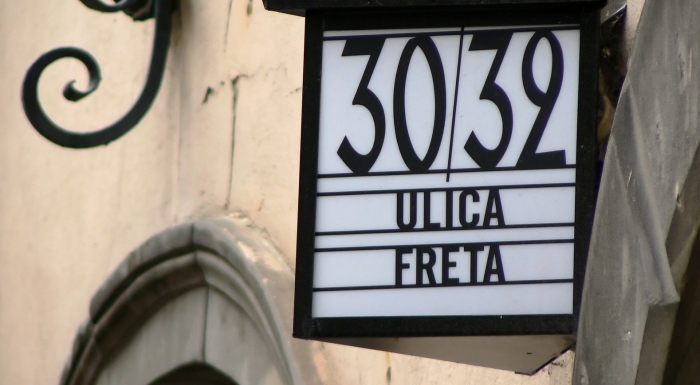 There are lots of patrons of streets. You will come across streets named after the Three Bards [Adam Mickiewicz, Zygmunt Krasiński and Juliusz Słowacki] as well as mythological gods. The range is really broad so do not be surprised by Kubusia Puchatka [Winnie the Pooh] street or Izoldy [Iseult] street. Each district has some interesting, surprising names which will surely draw your attention. Some of them are really mysterious, sometimes it is unknown why a certain name was actually given and who was its originator. We present you a subjective review of streets in the capital.

When it comes to Warsaw, there must be a street named after the legendary founders of the city. They were a happy married couple who, according to the legend, combined their names to give the capital its current name. There are two streets named after them: in Targówek (Warsa street) and in Tarchomin (Sawy street). Their legend is worth learning, you can discover some funny inaccuracies in it.

Book characters belong to another common group of street names. So, you can come across Zbyszka z Bogdańca street, the main protagonist of “The Knights of the Cross” by H.Sienkiewicz, in Białołęka. The same author created Jan Skrzetuski [character in “With Fire and Sword”], his street is located in Mokotów. Zagłoby street [Sienkiewicz “Trilogy”] can be found in Ursus, whereas, Jagienki street in Wawer [yet again, “The Knights of the Cross”]. During a walk in Mokotów, you can also come across a street named after Balladyna [protagonist of a tragedy under the same title by J.Słowacki]. In Śródmieście, the earlier mentioned Kubuś Puchatek street is situated.

The introduction mentioned mythological gods. So, Achillesa street is in Ursynów, Afrodyty in Bemowo. Residents of Targówek can boast of Antygony street. If you are looking for Artemis, you should head for Bemowo, her street is right there. That is not all, you can come across streets named after: Daedalus, Hera, Zeus, Poseidon or Electra. Majority of them is located in Bemowo.

Great thinkers also have streets in the capital. Let’s start with Pythagoras, a famous philosopher and mathematician from Greece. His street is also located in Bemowo, between Galileusza and Kartezjusza streets [Galileo and Descartes]. A street in Bielany was named after Horace, an outstanding Roman poet. Other famous name can be found nearby ‒ Sokratesa street in memory of the Greek philosopher.

Last but not least, some of the most famous streets in Warsaw, these are: Aleja Jana Pawła II, Emilii Plater, Zawiszy Czarnego, Aleja Prymasa Tysiąclecia, Woronicza or Hynka. Each street, same as its character, has a different history, every single one is worth listening to.

If you are interested, go to www.kulturalna.warszawa.pl [English version available]. You will find there lots of information, also about the streets. We also suggest taking a walk in every district with a guidebook. You will be able to learn many interesting things and spend some enjoyable time.