Galleries and museums: recommendations for autumn 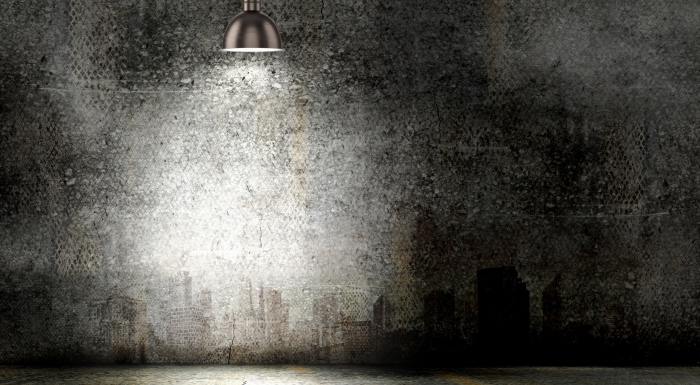 Colourful Polish autumn favours long walks, but when it gets grey and rainy outside, the weather effectively limits our enthusiasm. Still, it is worth finding some energy because autumn is the time when numerous vernissages and interesting exhibitions that you simply cannot miss take place in the capital. Meet Warsaw, “the land of art”, and take the liberty of experiencing something artistically unique by checking with us what is going on in Warsaw galleries and museums.

It is one of the biggest spots on the artistic map of Poland. CSW is located in the wonderful Ujazdowski Castle which along with the nearby Piaseczeński Canal constitutes a part of Stanisławowska Axis, while the green surroundings of the place favours contemplating art.

Until 19th October, you can see there the BMW Art Car exhibition (23.09.2014-19.10.2014) which is displayed in the entire castle courtyard. All vehicles were decorated by world-famous artist. Our favourite is a BMW by Andy Warhol but the rest is equally attractive!

What is more, the exhibition REEL-UNREEL (Afghan project, 2010-2014) also sounds interesting. It is a peculiar story about experiencing everyday life in Afghanistan. Francis Alӱs presents this world by photos, drawings, collages that all refer to complex social, political and cultural issues. (10.10.2014-11.01.2015).

VOICE (30.09.2014 – 04.01.2015) is an audiovisual project which focuses on the phenomenon of human voice. The exhibition is accompanied by numerous events supporting the project. Make sure to listen carefully!

In the vicinity of CSW, you can find the Royal Łazienki where in the Open-Air Gallery a photo exhibition MICHAEL JACKSON IN THE ROYAL ŁAZIENKI (16.09.2014-12.10.2014) by Czesław Czapliński is still available for a couple of days. We recommend to visit it while taking a walk in the wonderful Royal Łazienki!

This time, the Museum of Modern Art has a lot to show about the architecture.

Which architectural buildings that remained in Poland after changes in 1989 are the most important and had the greatest influence on our consciousness? ARCHITEKTURA-MURATOR’S COLLECTION FOR THE MUSEUM OF MODERN ART (02.10.2014-14.12.2014) consists of 25 scale models of buildings being the picture of Polish architecture, according to the authors, the most outstanding one.

Not drifting far away from the architecture, we invite you to take a look at works by Maria Baruszova, who is a great example of clear manifestation of one’s feelings by art. PROVISIONAL FORMS (25.09.2014 – 06.01.2015) is an exhibition that is really worth the attention. It is about a trend rejected by the modernism which focuses on unusual experiments with form. Really impressive!

By the way, visiting PRIVATE SETTINGS ART AFTER THE INTERNET (25.09.2014 – 06.01.2015) is also a good idea. This exhibition presents the reality of art from authors’ perspective in times when the Internet is present on the stage and it really stirred art. Many film shows and meetings with artists are planned.

Currently, Zachęta is all about CORPUS (01.09.2014 – 19.10.2014), an exhibition inspired by a book by Jean-Luc Nancy, a French philosopher. It mainly answers the question about the role of the body in the religion and at the same time goes far beyond common patterns.

From 20th Semptember, there is a chance to discover works of Zbigniew Warpechowski (ZBIGNIEW WARPECHOWSKI. TO; 20.09.2014 – 11.11.2014), one of the first popularisers of performance art. The exhibition includes his works from the last 50 years, photos, costumes, documentary films, texts, and everything is arranged according to a pattern: preparation, realisation and climax.

The National Museum holds and exhibition about Masonry since the 18th century until contemporary times: MASONERIA. PRO PUBLICO BONO (11.09.2014 – 11.01.2015). It consists of almost 500 works related to the Masonic image of the world. It is the first exhibition of this type in Poland and exhaustively discusses the Masonry issue in history.

Mirosław Bałka, a partner of many years of the gallery and a distinctive individual, returns to Foksal Gallery. The exhibition called LUFTZUG [draught] (11.09.2014-31.10.2014) is his amazing installation which tells a story about his very complicated experiences related to the environment of Foksal Gallery.

Those who do not feel like going outside during a rainy weather at all will be glad because a virtual exhibition called DOUBLEFACED (22.09.2014-21.11.2014), available at the website of the Limited Edition Gallery. Sebastian Bienek, the author of the exhibition, presents an image of a young woman in everyday situation on photos. It is his debut on the native artistic market.

You want more? Make sure to follow “Culture and events” sections where we constantly post updates about planned exhibitions and other cultural events!