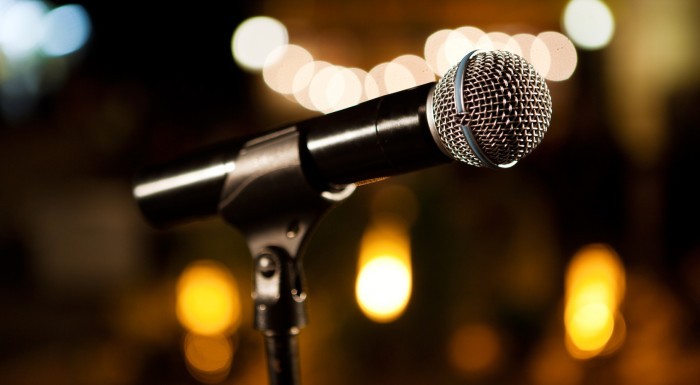 In the next few weeks Warsaw will host some really amazing shows! We have prepared a little timetamble for You, so You won't miss out on any of them.

05.08.2016 Rihanna One of this year’s biggest music events in Poland. The concert of the pop and R&B star from the hot Barbados is going to take place as part of her world tour promoting Rihanna’s latest album – “Anti”. Beloved by the fans all over the world, the singer is known for colourful and vivid performances during which she gives her best. During her upcoming visit to our country, she is going to be accompanied by a great American rapper – Big Sean.

27.10.2016, 28.10.2016 The Janoskians - four young guys from Melbourne shooting funny Youtube clips known for such hits as Set This World on Fire, LA Girl, and Real Girls Eat Cake, are coming to Poland. The group has a lot of loyal fans whose number is growing rapidly every month. This year, the Janoskians have recorded a new single “Love What You Have”, which you will surely have a chance to hear live soon at Stodoła in Warsaw and Kwadrat in Kraków.

03.11.2016 Tomasz Organek is a guitarist, composer, producer, lyric writer as well as the founder and frontman of ORGANEK, a band that made their debut in 2014 with a quite popular album – “Głupi”. The album went platinum, and the band was dominated for Fryderyk 2015 for the best rock album. What is more, the artist, along with the band SOFA, received a Fryderyk in 2006 in the category of the New Face of Phonography as well as many other prestigious awards, Nagroda Muzyczna Programu 3 Polskiego Radia im. Mateusza Święcickiego and Nagroda Artystyczna Miasta Torunia im. Grzegorza Ciechowskiego. In 2015, Organek gave a fantastic concert on the Open Stage at Stodoła. This year, he is going to perform on the Main Stage of this club.

07.11.2016, 09.11.2016 Jaromir Nohavica The repertoire of the artist includes melancholic and poetic ballads as well as joyful and merry, even bawdy, songs. His works are rich in Polish tones. He performs one song in Polish at every concert. Nohavica released his first album in 1988. In early 2013, his song “Minulost” reached the top of the chart of Program III Polskiego Radia. The Czech’s concerts are extremely popular in Poland and attract lots of faithful fans.​

16.11.2016 Dinosaur Pile Up The frontman of the band, Matt Bigland, inspired by the scene from Peter Jackson’s film in which confused dinosaurs pile up at the foot of a mountain named his band after this image. Their music is described as a collage of 90’s rock. Dinosaur Pile Up are not the only band to perform on that day – as part of their tour, the Swedish band Royal Republic are coming to Poland, too. Their single “Tommy-Gun” was an instant hit worldwide, reaching the first place on MTV Rocks chart.

26.11.2016 Schoolboy Q The American hip-hop star is coming to Progresja with his latest album – “Blank Face”. The gifted rapper began his music career by recording mixtapes in the music underground. Schoolboy Q and his band receive many positive reviews from critics and are considered one of the most interesting rising stars in America.

02.12.2016, 03.12.2016 Dżem There is probably no person in Poland who have not heard of Dżem. In the 80s and 90s, teenagers could not stop listening to Rysiek Riedel’s charismatic voice. In fact, adults also liked to sing the greatest hits of the band during gatherings by the fire. Probably everyone knows Wehikuł czasu, Whisky and Czerwony jak cegła and we all probably have fond memories associated with these songs.