What to visit in Cracow on a weekend? 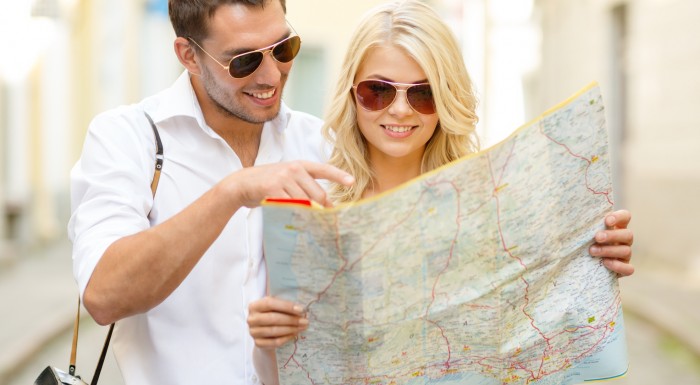 The Market Square, Wawel, Kazimierz, Kościuszko Mound – those clichéd spots on the map of Kraków are “besieged” by tourists every weekend. However, Kraków has more attractions to offer which, despite being less popular, will impress every single tourist.

What is worth seeing in Kraków?

Among the most charming districts of Kraków, apart from the Old Town and Kazimierz, Podgórze and Salwator should be mentioned. If you feel like taking a walk in Kraków, it is worth walking down the streets of Kazimierz, reaching New Square, visiting one of the old synagogues and the Galicia Jewish Museum at Dajwór street. Next, head to Wolnica Square, which is nowadays famous for numerous spots where you can buy grilled cheese baguettes, and from there go down Mostowa Street and across the father Bernatek footbridge towards Podgórze. The market in Podgórze, along with a cathedral and a hill, is a great viewpoint, from which you can see the city centre. It is worth finishing a walk down Podgórze by climbing charming Krakus Mound.

The Barbican, the Main Square, with the Cloth Hall and St. Mary’s Church, are the most famous monuments of Kraków. If you have already covered those sports, you should definitely visit some less known places which are equally impressive. Collegium Mauis, the oldest building of the Jagiellonian University, enchants with arcaded galleries and lots of heritage from the 15th century. The Czartoryski Museum – one of the oldest Polish museums – is located in the old arsenal and gives a chance to see the most famous artists’ works, including Leonardo Da Vinci’s “Lady with an Ermine”, with your own eyes. Not only theatre enthusiasts will be impressed with the oldest theatre building in Poland – the Old Theatre at 5 Jagiellońska Street. Those tourists who would like to feel the atmosphere of medieval Kraków can go to 8 Szpitalna Street where one of the few tenement houses from the times of the Battle of Grunwald – Kamienica Jaroszowska – is located. It is a Gothic building from the beginning of the 15th century.

Although the former capital of Poland is often associated with the atmosphere of historic buildings, castles, and churches, you do not have to be a monument enthusiast to spend an interesting weekend in Kraków. The city is full of interesting places and tourists attractions which have nothing to do with a monotonous voice of a guide showing tourists around the Old Town. Nowadays, Kraków is a modern city investing a lot in unusual, often multimedia, ways to tell its history.

A very interesting spot on the tourist map of Kraków is the Polish Aviation Museum at 39 Jana Pawła II Street. You can admire there impressive collections of old planes, choppers, and gliders, etc. Those interested in technology will surely like the Museum of Municipal Engineering in Kraków (15 św. Wawrzyńca Street). Among the exhibits, you can find there historical objects related to public transport, old cars, and motorcycles, as well as to municipal engineering (pipes, landscape architecture, etc.). By the museum, there is Stanisław Lem Garden of Experiences – an interactive gallery whose purpose is to introduce the principles of physics, geology to the youngest ones (but not only), but it also offers some exhibitions focusing on entertainment.

It is nice to spend some time in spring and summer in Józef Mehoffer Garden, located at 26 Krupnicza Street. The place is known for his famous painting is a great spot to rest after a whole day of sightseeing in a pleasant green area designed by the painter from Małopolska.

Despite the fact that the number of attractions in Kraków is so great that it is possible to spend there a couple of months and there would still be some places left to visit, a weekend trip to the capital of Małopolska is a great idea. It is worth planning it in such a way that you can walk from one spot to another and see as many more or less famous spots as possible without wasting time on travelling by car or public transport.