Skillet in Warsaw and Kraków 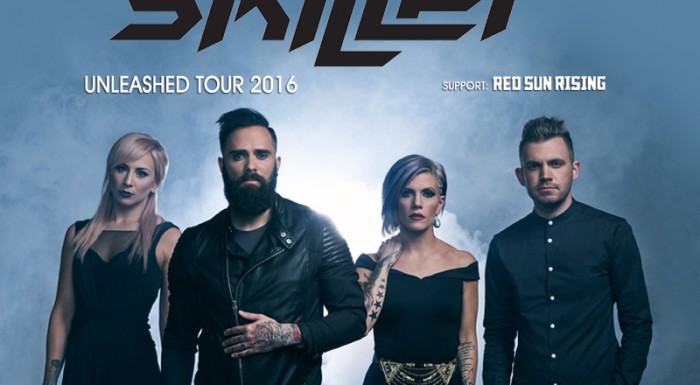 The rock band Skillet are going to perform on 27 and 28 November at Stodoła in Warsaw and Kwadrat in Kraków.

Their huge hit “Monster” has been played 57 million times on Spotify and sold in 2.5 copies! On 5 August, they are releasing their 9 th album – “Unleashed”. As part of the tour promoting it, the group will return to Poland once again.

Skillet will be supported by a post-grunge band – Red Sun Rising.

Available for purchase from 29 July at www.livenation.pl