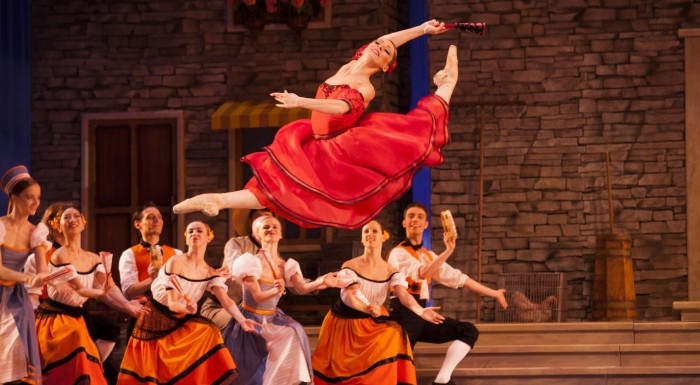 A ballet based on the story about Don Quixote was played already back in 1614 in Louvre. The premiere of a contemporary adaptation according to Marius Petip’s libretto in the Teatr Wielki took place in May 2015. The cast includes the biggest talents of the Polish National Ballet, Aleksandra Liashenko as Kitri, Maksim Woitiul as Basilio, Sergey Basalaev as Don Quixote, among others. The colourful atmosphere of old Spain, fantastically played roles of the protagonists, the hilarious Sancho Pansa, and the knight-errant Don Quixote – all these things make the references to Cervantes’ novel extremely vivid and reach the contemporary recipient.