De Staat at Stodoła in Warsaw 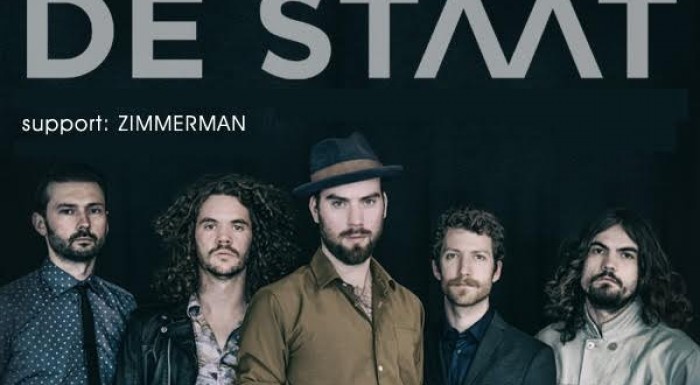 The group have performed on the following festivals: Glastonbury, City to City, The Great Escape, SXSW, CMJ, Iceland Airwaves, Sziget and Lowlands.

For their songs, the band shoot unusual and innovative videos, which are very popular with their loyal fans.

Apart from De Staat, also Zimmerman – a group composed of the 29-year-old singer and guitarist Simon Casier, the drummer Laurens Billiet and Senne Gunse, who is responsible for synthetisers – will perform.

Their music is a combination of melancholy and contrasting arrangements.

The tickets are available for PLN 49 at LiveNation.pl