A gift for the audience – Och-Teatr 6th birthday 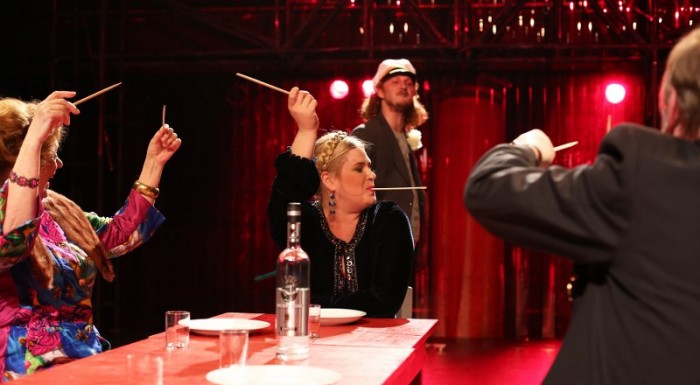 Because of its 6th Birthday, Och-Teatr in Warsaw has prepared something special for the audience! On 16 January, “PLAYING THE VICTIM”, directed by Krystyna Janda herself, is going to be staged twice. Anyone can collect a free invitation for the first performance, held on 4:00 p.m., from the ticket windows of the theatre (from 10:00 a.m. on 11 January, each person can collected up to two invitations). As far as the second one (7:30 p.m.) is concerned, the tickets are still available for the regular price (both online and in the ticket windows).

“PLAYING THE VICTIM” is an amazing play based on one of the most significant and interesting contemporary dramas, written by Oleg and Wladimir Presniakow. Wala, the main character, takes up an unusual job despite graduating from the university – he plays the victims during site inspections carried out by the police. Still, such reconstructions do not enable the police to find the perpetrator, instead they help to confirm the easiest thesis which is assumed in advance. There are also some scenes from Wali’s family house, which are as dramatic as those from the crime sites.

“PLAYING THE VICTIM” is a grotesque, funny and vivid image of contemporary Russia as well as the whole world, where it is so hard to remain who we really are, where too many people choose to live a life without obligations.

Play for people above 16 years old.