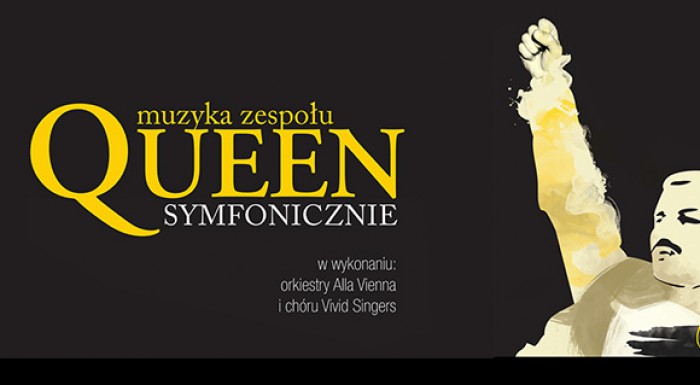 This year, the project “Queen Symphony” celebrates its fifth birthday. Since the first edition, it has won fans’ hearts all over the world.

Because of the jubilee, the Hollywood Film Music Orchestra are joining the usual cast at the concert in Kraków, which is taking place on 11 December at ICE Kraków Congress Centre. We will hear exceptional versions of Freddy Mercury’s greatest hits performed by over 60 artists. A new programme has been prepared especially for this concert and is going to include such songs as “Bicycle Race”, “Another One Bites The Dust” and “Under Pressure”.

The tickets are available for PLN 100-170 on: http://www.ticketpro.pl/jnp/muzyka/1812162-muzyka-zespolu-queen-symfonicznie-z-wielka-orkiestra.html