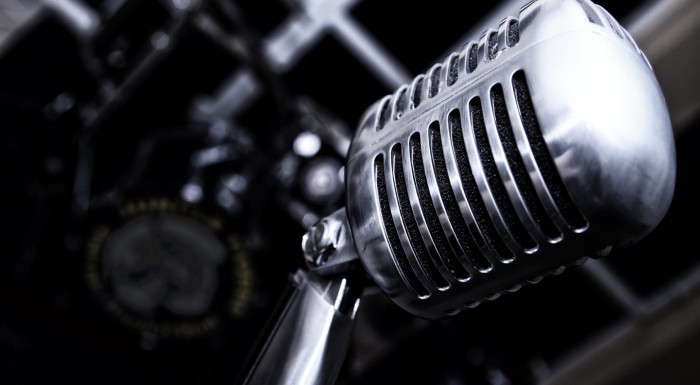 The next couple of months in Kraków are going to be really exciting. The former capital of Poland is going to be visited by numerous world music stars, and several other entertaining events are going to take place. If you do not want to miss any of them, make sure to check out our schedule!

Rock fans have some huge reasons to be happy. The legendary The Scorpions are coming to TAURON Arena Kraków on 4 March. Our favourite guitar virtuosos from the West are going to celebrate the 50th anniversary of the band. Although they really like to make a lot of noise, melodiousness in their songs cannot be denied. “Still Loving You” or “Wind of Change” with its distinctive whistling will even soften hardcore rockmans’ hearts.

If you will not have enough of guitar sounds after that concert, the precursors of heavy metal – Black Sabbath – will be visiting Kraków in July. If they are one of your favourite bands, hurry up with buying the tickets – the musicians claim that this is their final tour. Although they can be described as “dinosaurs of rock”, they do not lack energy, and their concerts are pure craziness. “Black Sabbath – The End” is an exceptional tour because the band are going to perform in almost the same squad as 50 years ago when their musical journey began in Birmingham.

Fans of the legendary The Doors unfortunately cannot hear them live anymore, but they can go to The Doors Alive concert. This tribute band, a group performing music of another band, have thousands of devoted fans all around the world. Founded based on love to Jim Morrison and his mates, they are going to perform on 8 April in Kraków.

A slightly lighter repertoire is going to be presented by Glen Hansard. The founder of the iconic The Frames is going to Poland as part of the tour promoting his latest work – “Didn’t He Ramble”. The founder of one of the most important indie rock bands has also received an Oscar for the song in the film “Once”, in which he starred. His concert in Kraków, one of several to take place in Poland, is scheduled for 2 March.

If you would like to hear a completely different style of music, we recommend Lara Fabian’s show on 25 May. This is going to be the first time when this Belgian-Canadian singer, who sings mostly in French, comes to Poland. Known for an amazing 3-octave soprano, Fabian loves being accompanied by a piano. Every single one of her songs is a true volcano of emotions. If you cannot make it to the concert in Kraków, you will have a chance to hear her in Warsaw or Wrocław.

Surely, a lot fans will come to Hans Zimmer concert on 3 May. This one-man band from Frankfurt achieved most fame by composing film music. His sounds grace such works as “Gladiator”, “Inception”, “Lion King”, “The Last Samurai”, “Crimson Tide” or “The Thin Red Line”. The musician is going to be accompanied by the Czech National Symphonic Orchestra.

Kraków is also going to be visited by two top superstars. On 11 April, the queen of divas, Mariah Carey, is going to perform at TAURON Arena Kraków. Gifted with a five-octave vocal range, the singer is going on tour in Europe for the first time in 13 years. What is more, this is going to be her first concert in Poland ever. Carey’s albums have been sold in 220,000,000 copies, her voice makes people shiver, and her concerts are really impressive. Every single performance of this exceptional singer is an amazing and memorable show.

Also Maroon 5 need no further introduction. This pop-rock band from California broke out with the huge hit “This Love”, and their fame have reached far beyond the USA. The group did not turned out to be a one hit band, many of their songs have reached the very top of charts, and all their albums have been sold in huge numbers. The charismatic singer Adam Levine and his mates are going to perform in Kraków on 1 June, which will be their first concert in Poland.

Amazing attractions await thrill-seekers, as well. If roaring engines and high speed are your cup of tea, make sure to highlight these two dates in your calendar – 12 March and exactly half year later, 12 September. Diverse Night of Jumps, Freestyle Motocross World Championship, is going to be held in the capital of Małopolska for the second time. Said to be one of the most dangerous sports in the world, Freestyle Motocross equals a large dose of adrenaline, amazing machines, risky stunts and awesome people. The very best in this discipline are coming to Kraków, and the spectators will have a chance to meet them personally at a special Pit Party. Apart from the competition, some of the remaining attractions are spectacular beating of the high jump record, MISS FMX 2016 show and many, many more.

If you are not impressed with motorcycles, really powerful machines are going to join in on 12 and 13 September. American Monster Truck Show is a stunt show with special illumination and audio setting additionally enriched with pyrotechnical elements. Organised in a typical American style, it will provide the spectators with lots of exciting thrills. The programme includes: riding through a wall of fire with a man on the bonnet, burnout, drifting, breaking a burning wall with a head, two-wheel driving, among others. The event is going to end with a classic show – huge monster trucks completely crushing ordinary cars with their wheels.

There is a little something for fans of different types of music, but not only, in Kraków. If you do not want to miss any interesting events, make sure to follow our calendar.