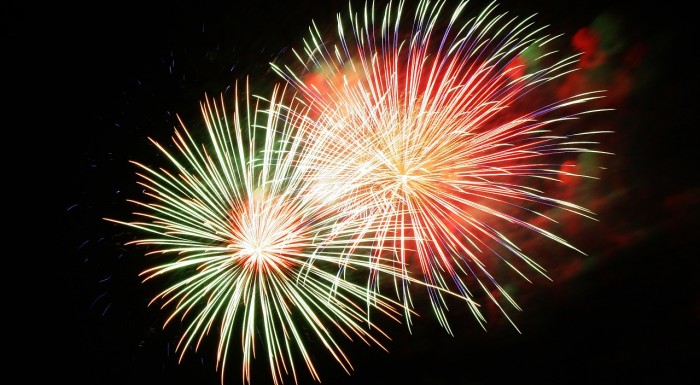 New Year’s Eve party 2015/2016 in Wrocław is going to be as hot as usual! Once again, “Sylwester z Dwójką” is going to be held on the Market Square, where the biggest stars of the Polish show business are going to perform, the Centennial Hall is going to be the place of the biggest ball in the city, whereas you will have a chance to party to rock and electronic music numerous pubs and clubs.

This year’s “Sylwester z Dwójką” [New Year’s Eve party with two], held as usual in the heart of the city – on the Market Square – is going to be the biggest New Year’s eve party in the city. The party is starting at 08:00 p.m. and is going to last 6 hours. Many famous artists from Poland and abroad are going to perform on the stage, including Dawid Podsiadło, Lady Pank, Maryla Rodowicz, Edyta Górniak, Natalia Przybysz, Natalia Nykiel, Varius Manx, Hey, Ira, Kate Ryan, OMD and The Stranglers. There is going to be a little something for everyone thanks to various music genres. The party is going to be run by the celebrities from The Voice of Poland – Halina Mlynkova, Tomasz Kammel, Maciej Musiał – and Marcelina Zawadzka. Traditionally, Polish cabaret groups, Limo and Kabaret Moralnego Niepokoju, are going to take part in the event.

Wrocław New Year’s Eve ball in the Centennial Hall is a proposal for those who prefer partying in a rather elegant setting. The event is one of the largest and most popular New Year’s Eve parties in the whole Poland and is going to take place in a monumental venue – on the main field of the Centennial Hall, a UNESCO world heritage site. The organisers guarantee excellent catering – the menu is going to consist of over 50 items and include warm dishes, appetisers, desserts and finger foods. Music is going to be provided by a band popular in Wrocław – Czerwone Buty – and a high class DJ. The event is going to be even more interesting thanks to a unique visual setting – guests will have a chance to admire an effective videomapping prepared by Romain Tardy and Thomas Vaquié, ribbon stunts performed the finalist of Mam Talent [Polish version of Britain’s Got Talent] – Anna Sobera – and ballroom dance performance by Paweł Urbański and Monika Arend.

Details concerning participation in the ball are available here: http://www.bal.wroclaw.pl/