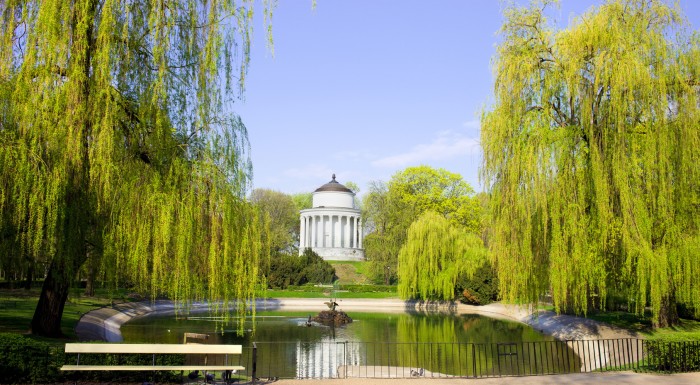 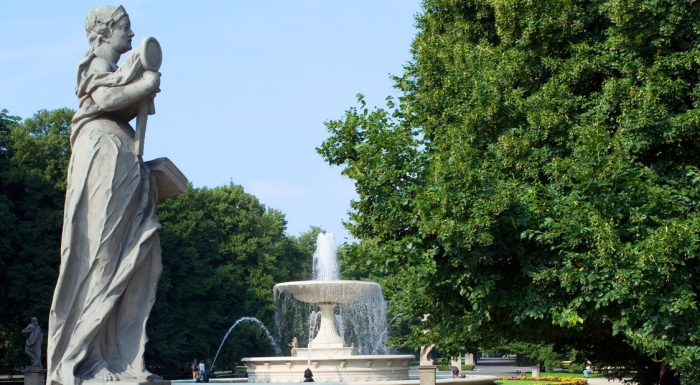 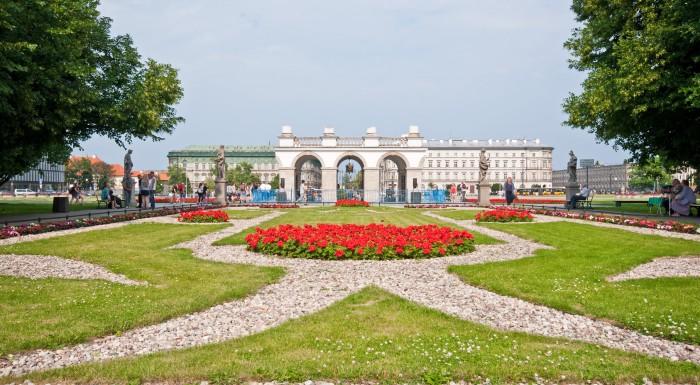 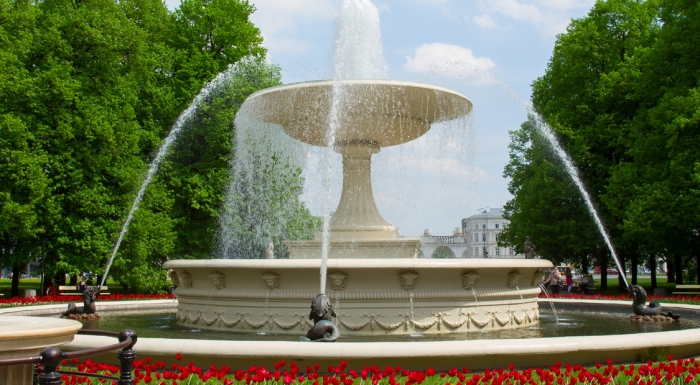 In Warsaw Środmieście, there is a place that has been attracting tourist visiting the capital for ages. The Saxon Palace used to stand there, surrounded by an exceptional park that was neglected in the past but now it is back to its glory.

During the Second World War, the park was taken over by the Germans, Poles could not access it. A couple of years after the war, the garden was renovated, its former arrangement was slightly changed by planting new trees and bushes. Despite destructive force of the war, in the Saxon garden you can see trees that are over two hundred years old and are natural monuments. Interestingly, one of the younger oaks was planted by queen Elisabeth II herself.

In the park, you can see historic monuments, plaques and other architectural works at every step. It is worth looking closer at a spectacular, nearly two hundred year old, fountain and a plaque dedicated to murdered residents of Warsaw and memorial stones. In the north-west part of the garden, a monument of Maria Konopnicka is located. In other place, you can find twenty one baroque sculptures and a wonderful solar clock placed near to the fountain. Remains after old pavilions and antique arbours, mostly foundations, make this place even more charming by creating romantic and mysterious ruins.

The Saxon garden is a perfect place for an afternoon walk. During summertime, many people spread their blankets on the grass and enjoy the sun in an idyllic atmosphere.