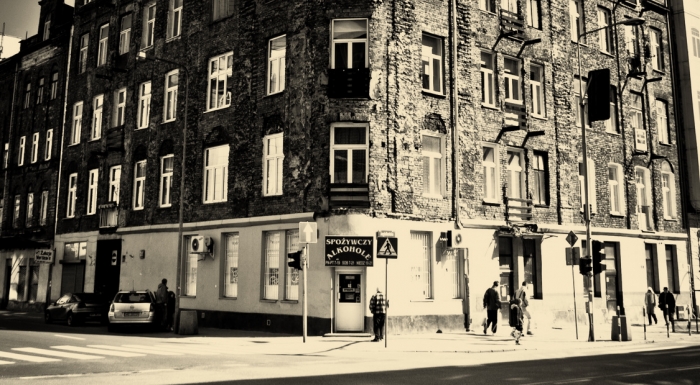 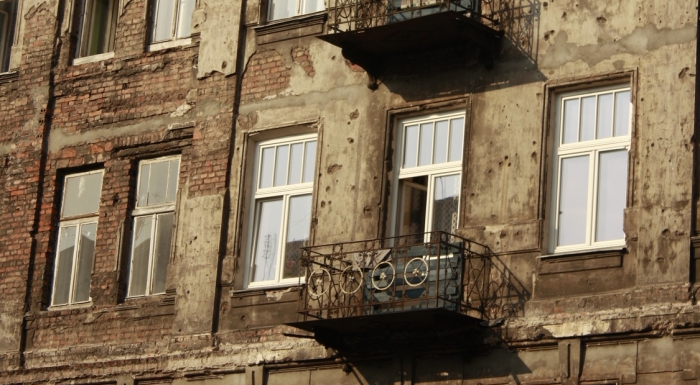 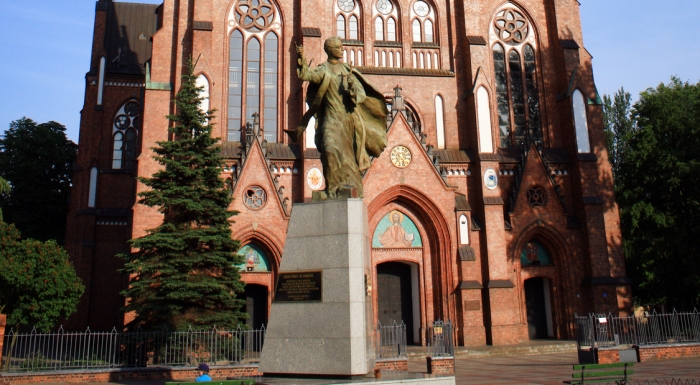 Warsaw area that belongs to Praga is characterised by a completely different atmosphere than the left-bank part of the city. In fact, Praga consists of two neighbouring districts: Praga Północ and Praga Południe [Praga North, Praga South]. Its area amount totally to 33.8 km2 and includes the central part of that side of the city. Still, people in Warsaw often mean by Praga the whole area on the right side of the Vistula. Buses and trams from the Metro Ratusz Arsenał stop are the easiest ways to reach it.

Before 1791, Praga was a separate town. There had been three settlements which gained town rights in 1648. Historical Praga with a town hall was located where Praga Północ is nowadays. Division into Praga Północ and Praga Południe was introduced in 1945. Right after the Second World War, a temporary authorities’ office was located there.

Praga was significantly destroyed during the World Wars but most pre-war tenement houses (some them even from the 19th century) remained right there. It is worth paying attention to them due to their atmospheric development and courtyards with small chapels which are a trademark of Praga. The tenements are often empty, sometimes destroyed. They seem like no one have touched them since the World Wars. A walk in Targowa, Ząbkowa, or Brzeska streets shows the real, unique atmosphere of the district.

Praga has been becoming a more and more fashionable place in Warsaw. Artists open their studios and galleries in abandoned buildings. Between Wileńska and 11 Listopada streets, a cultural-entertainment centre with the most alternative, hipster coffee club bars and artistic spaces is being created. An austere interior design and reused furniture create the atmosphere of Praga bohemians. If you are interested, you should definitely visit Zwiąż Mnie club in 22 11 Listopada street or Hydrozagadka, located right next to it.

The south of Praga is known for green areas. Large (58 ha) and beautiful Skaryszewski Park is located there. It was named a historic landscape park. You can find there lush flora, a rosarium, picturesque hills, a waterfall, ponds, and Kamionkowskie lake where you can rent boats, pedal boats, or canoes.

On the right side of Warsaw, you can find the Warsaw Municipal Zoological Garden (1/3 Ratuszowa street) and the neighbouring Soldiers of the Polish First Army Park [Park Praski im. Żołnierzy 1 Armii Wojska Polskiego] with a rung for brown bears from the side of Soldiarności Alley. The unique, 19th century Metropolitan Orthodox Church of St. Mary Magdalene [Cerkiew metropolitalna św. Marii Magdaleny] is located next to the park. It is characterised by the Byzantine style. On the opposite side of the park, Cathedral of St. Michael the Archangel and St. Florian the Martyr [Bazylika Katedralna Świętch Floriana Męczennika i Michała Archanioła], whose style refers to the Mazovian gothic, can be found.

In Praga, you can also find the National Stadium, wild, unregulated bank of the Vistula with numerous cafés, charming Saska Kępa with villas from the 20’s, and many post-industrial factories that were revitalized and provide now some new artistic-entertainment facilities. Praga Koneser Center (27/31 Ząbkowska street) where 19th century post-industrial vodka factory buildings were converted into lofts and a social, cultural, shopping, and business centres is really worth mentioning. In 25 Mińska street, you can find Soho Factory which is based on the New York Soho. Whereas, 14 Otwocka street invites to Centrum Artstyczne Fabryka Trzciny where a jam and canned food factory was turned into a cultural-educational complex.

Praga is also unique due to Warsaw folklore traces that are present there. It is expressed, for example, by peculiar outfits (checked jackets and berets) and local dialect.

You simply cannot fully discover and understand Warsaw if you do not come to Praga.