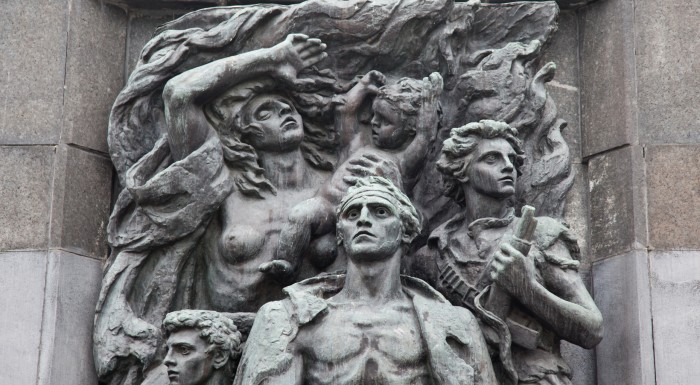 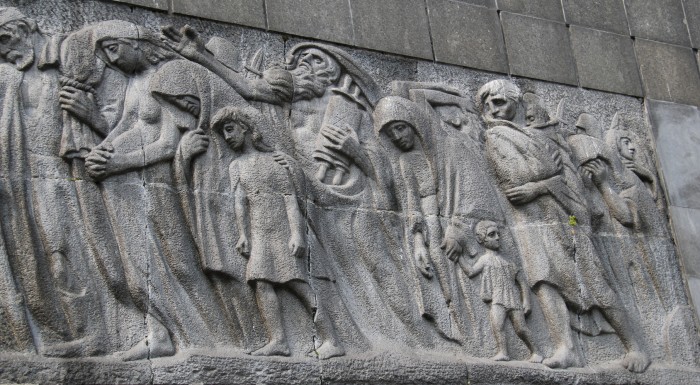 The Ghetto Heroes Monument is situated in Zamenhofa street, next to the Museum of History of Polish Jews. Its location is not coincidental, right there, in 1943 during the Warsaw Ghetto Uprising, the first confrontation between two sides of the conflict took place.

The uprising failed, the Germans began the extermination of the Jews. But ghetto residents’ courage and bravery has never been forgotten.

The first Ghetto Heroes Monument, in form of a round plaque, was unveiled three years after the fall of the uprising thanks to efforts of the Central Committee of Polish Jews. Its face was embellished with a palm leaf (which is a symbol of martyrdom), a Hebrew letter ‘B’ and an inscription in three languages (Polish, Hebrew, and Yiddish): “For those who fell in an unprecedented heroic struggle for the dignity and freedom of the Jewish nation, for a free Poland, for the liberation of man - Polish Jews”. The plaque is surrounded by a red sandstone which refers to spilt blood.

Just 5 years later, on the anniversary of the uprising, another ghetto heroes monument was unveiled. It has remained in Warsaw up to this day. It is one of the first monuments related to the war events. Natan Rapaportow, a sculptor, is the author of the monument. It was made entirely of bronze and granite which was supposed to be used by the Germans to build a monument of victory in Berlin. Its foundation is covered with labradorite plates which were ordered by a minister of the Third Reich and were to be used for a Hitler’s monument. Perverse fate decided that they would be used for something different.

The Ghetto Heroes Monument was funded thanks to donations of Jewish organizations. It is quite a substantial form that is about 11 metres tall. Inside it, on the west side, there is a rectangular sculpture which depicts Jews during a brave act: in the middle you can see Mordechaj Anielewicz (the leader of the uprising) with a grenade in his hand. He is surrounded by three people, an old man and a boy, and a woman. They are holding weapons ‒ a rifle, grenades, and bottles with petrol. Another fallen victim’s body lies at their feet. There is a woman with a child surrounded by flames above their heads. It is a unique allegory of suffering and heroic fight. On the east side of the monument, there is a relief of a suffering women, elderly people, and children dragged by the Nazis in an unknown direction. There is an inscription in Polish, Hebrew, and Yiddish on the monument: “Jewish nation to its fighters and martyrs”. The whole monument refers to the Parisian Communards on the walls of the Pere-Lachaise cemetery.

Although it has been many year since those tragic events, every year on the anniversary of the Warsaw Ghetto Anniversary commemorating ceremonies are held there. The most important authorities of the country and representatives of Jewish institutions participate in them. Moreover, in 1970, Willy Brandt, chancellor of Germany, made an important gesture. After laying a wreath, he knelled in front of the monument as a sign of sorrow. 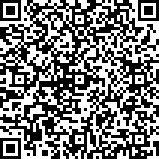