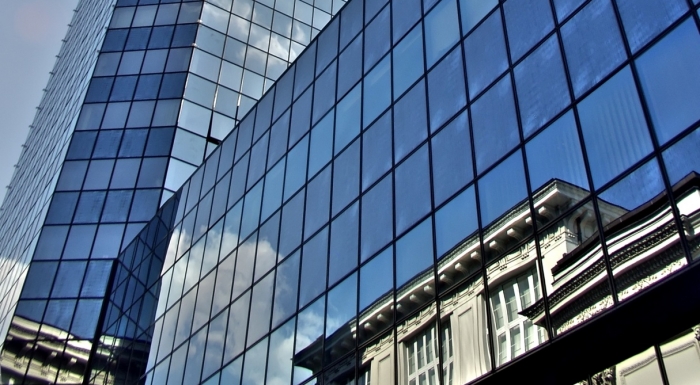 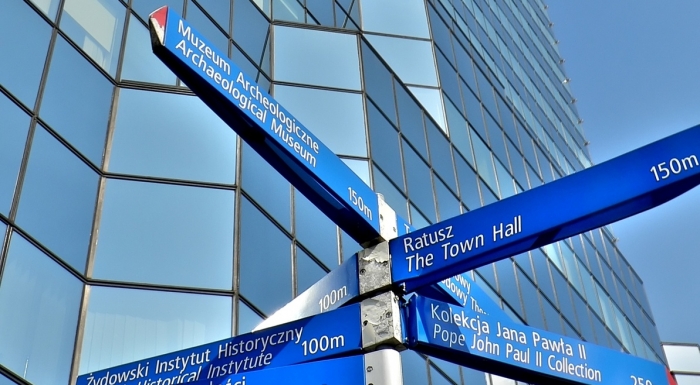 Plac Bankowy was established in 1825, but today it looks much different than it used to nearly 200 years ago. Once triangular, with palaces, a fountain and tenement houses, now it appears to be an urban area that is difficult to interpret. Plac Bankowy is one of most important squares and traffic junctions in the capital. It is an intersection of two main routes: Marszałkowska street and Solidarności alley. The so-called Blue Skyscraper comes to the fore. Finished in 1991, it had taken 16 years to construct it. This result puts it in the lead of a list of the longest building time of any object in the capital. Interestingly, some people claim that it was caused by a curse because the building was erected exactly on the site of Great Synagogue of Warsaw. The synagogue was built in the 19th century in the classicistic style with some Renaissance elements and was the highest building of this type in the capital. During the World Wars, the synagogue was severely damaged and was eventually blown up by the Germans (when they were officially destroying the Warsaw Ghetto) in 1943. Despite some plans, it was never rebuilt again. The only trace of Great Synagogue of Warsaw is a plaque in Tłomacka street.

The name of the square is related to the Bank of Poland and the Ministry of Revenues and Treasury which have been there since 1828. Nowadays, the buildings are used by Warsaw and Mazovia province authorities. One palace was built in the 17th century in the baroque style with characteristic, big terraces. It was designed by an Italian architect, Antonio Corazzi. Two centuries later, it was rebuilt according to the Renaissance style. A neighbouring, classicistic palace has a shorter story. On the other side of the square, in 38/40 Senatorska street, you can see the beautiful Mniszech family palace where numerous balls and jubilees were held until 1939. Next, during the time of the Warsaw Uprising, a hospital was located in there. Eventually, it was successfully rebuilt after the Second World War and given to Belgian embassy.

There used to be a monument of Feliks Dzierżyński, a communistic activist, in the square. Due to protests, it was removed, but a new monument appeared shortly afterwards. This time of Juliusz Słowacki, who was one of the most outstanding Polish poets.

Access to Plac Bankowy is very convenient because you can reach it by bus, tram or the underground. There is a Starbucks in the north-east part of the square, while you can find a charming café, hidden behind a glass skyscraper, in 4 Corazzi street. Cafe Pozytywka is famous for delicious coffee and great desserts. The Old Town is not far away from there, you just need to head for Dobra street.

Plac Bankowy is mainly a ‘connecting’ square which is particularly interesting because of its architecture and history.