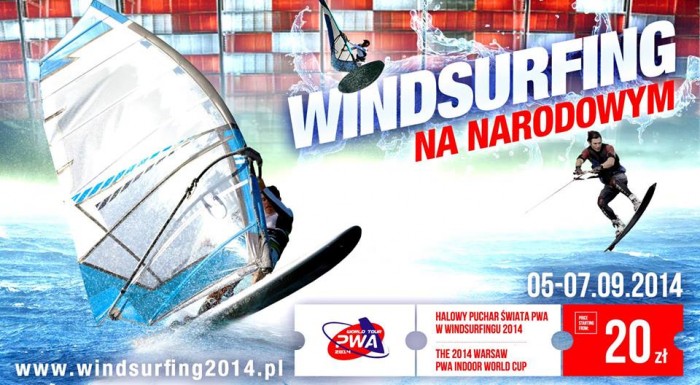 Windsurfing at National Stadium; how it’s possible? In the middle of the stadium there will be a huge pool; 90 meters long and 33 meters wide. It will take almost 50 hours to fill it with water. On one side 30 fans will be placed to make the effect of waves. It will all be done just for the purpose of Indoor World Windsurfing Championships. Definitely it’s going to be a spectacular event that no one has seen before in Poland. At stadium you would see the best competitors according to Professional Windsurfers Association together with Steve Allen, Australian windsurfer who was 9 times world championship. For those who like adrenaline there will be wave & jump and freestyle competitions where players show some tricks and jumps over waves. Windsurfing at National Stadium – who would have thought it’s possible.

Tickets: 20-100zł, passes 130zł. Tickets available before the event and on www.windsurfing2014.pl