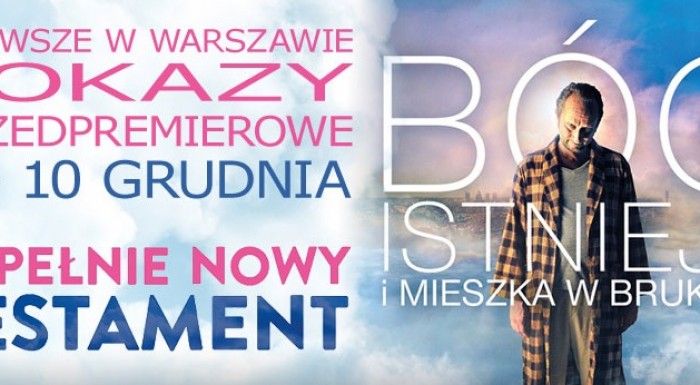 “Where does the God live” – the creators of the comedy “The Brand New Testament” try to answer this seemingly ridiculous question. In their film, the God moves with his family to Brussels and enjoys making his relatives and all humanity’s life difficult. His daughter, Ea, tired of the whole situation, decides to take matters in her own hands by stealing all passwords and secrets, which allow here to reshape the world, from God’s computer.

Although the premiere of this unusual comedy is going to take place no sooner than on 1 January 2016, special pre-premiere screenings are going to be held in Warsaw on 8 – 10 December in Kino Atlantic.