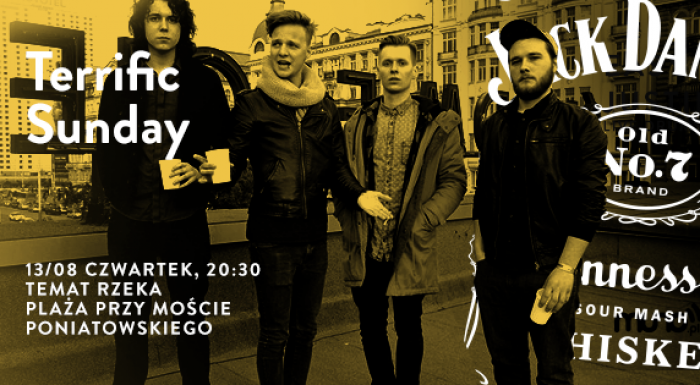 Terrific Sunday are a gifted band from Poznań that broke through and took over the Polish music industry within just two years. The quarter are going to perform on 13 August in Temat Rzeka, a club located by the Vistula river, as part of the Jack Daniel’s on Tour.

The band are inspired by broadly defined independent music and won fans’ hearts over with strong and fresh guitar sounds. Although the musicians started cooperating only in March 2013, they have already participated in the most important music events in Poland. The band have performed at Opener, Orange Warsaw, in Jarocin as well as with such artists as Artur Rojek and Hey, among others. In June, the band had a chance to perform in the legendary Agnieszka Osiecka’s Studio during Piotr Stelmach’s broadcast – Offensywa. So far, Terrific Sunday have released two EPs, both have received a positive response from fans as well as critics.