THE METROPOLITAN OPERA: Live in HD 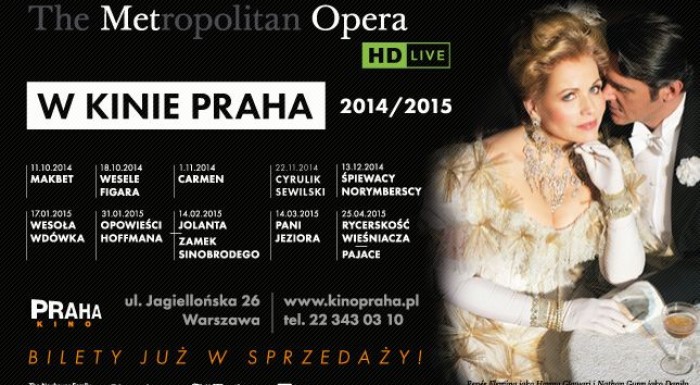 You don't have to go to New York to see some of the best operas in the world. Praha Cinema invites you to see world famous operas live from Metropolitan Opera in New York in HD & Dolby Digital Surround quality. 10 transmissions of some of the operas that haven't been presented before. We don't have to mention that the festival will gather great artists such as Anna Netrebko, Renee Fleming, Marcelo Alvarez and many more. Check out the whole repertoire: