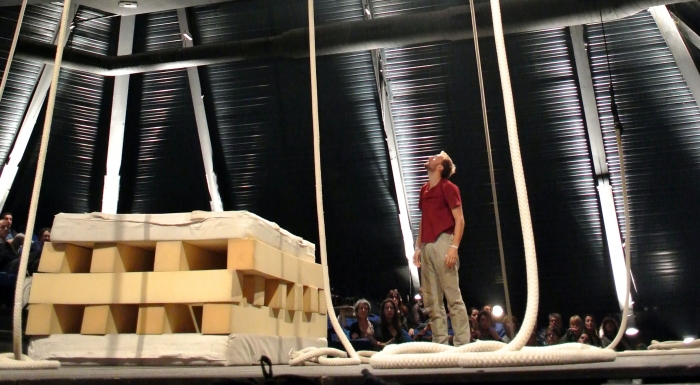 An acrobatic performance for the entire family, a new circus from France which completely gives up animal training. Instead, you will have a chance to see nine ropes, a lot of foam mats and a recorder – quite a minimalistic scenography. The contemporary circus establishes a relation with several fields of arts and has a social nature.

Audience: above 5 years of age

Group ticket (over 10 people): PLN 30 + carer of the group receives a free pass

The premiere of a performance based on scientific facts and biography of the woman after whom the HeLa cells were named. 8 September,

07:00 p.m. “ On the human and the divine in Greek theatre” – the first part of a series of lectures by Daniel Zarewicz .

The Greek polis as the stage of gods’ acts. Humans as actors of gods’ judgements, gods as architects of human destiny.​

An introduction to a series of lectures to be held until June 2017. The organisers will talk about the historical and cultural wealth of ancient Greece.