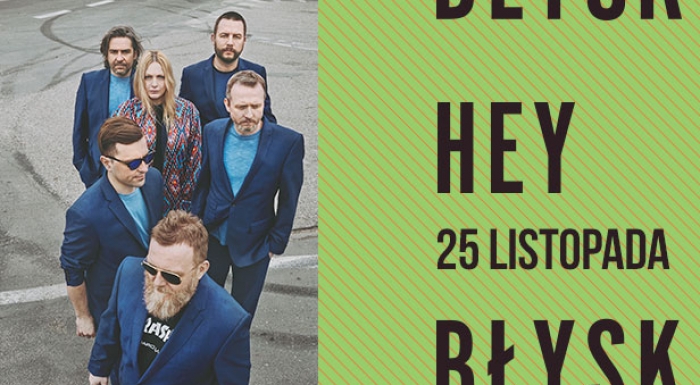 On 25 November, one of the most popular Polish bands – Hey – is coming to Stodoła.

Kasia Nosowska’s charismatic voice has been attracting more and more fans for years.

No wonder, the group have been writing new material for years. Earlier this year, in April, they released another album – “Błysk”.

Thanks to the tour promoting this record, fans will have a chance to hear new as well as old songs of the band.

available for purchase at the box office of the Stodoła Club (Warsaw, 10 Batorego Street) www.stodola.pl