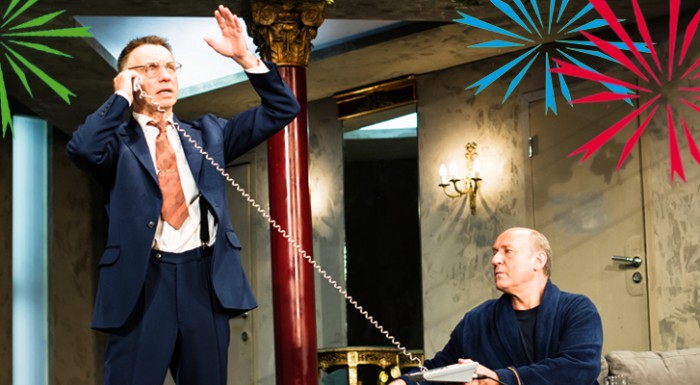 “Dinner of Fools” is a play which constantly attracts new and new people, but the group of people who have seen it more than once grows, too. That is why, it is going to be the last play staged in Teatr Ateneum in 2015.

The main character of the play is Pierre Brochant, a wealthy publisher and man of success. He enjoys mocking people who are not as lucky as him. Pierre and his friends have a ritual, the dinner of fools – competitions where everyone brings a companion with the lowest possible IQ. Thanks to meeting a silly accountant from the ministry of finance, Pierre feels that he will be the winner, but things get complicated...

The play on the New Year’s Eve will start at 07:00 p.m. Those who want to spend this magical evening in Teatr Ateneum will be treated with snacks, a toast for the upcoming year and a special gift.