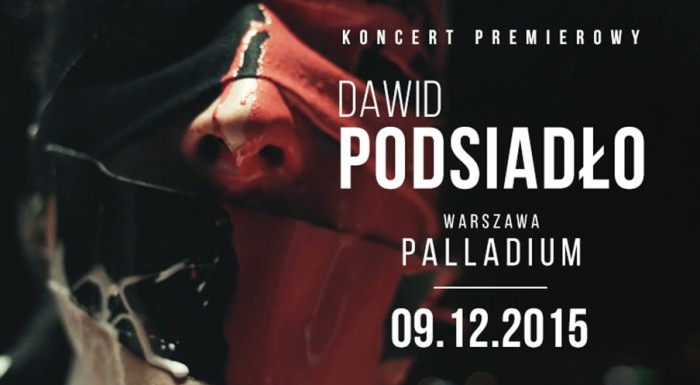 Dawid Podsiadło. A concert promoting the album Annoyance And Disappointment.

The Diamond Record is the biggest possible award for an artist for the number of records sold on the local market. Dawid Podsiadło’s first album, “Comfort and Happiness” turned out to be such a huge success that the artists did not have any problems to get it. The record was sold in over 150,000 copies, and only in 2014 Podsiadło gave almost 100 concerts. In terms of figures, he outclassed all his rivals. It not a surprise that a lot of fans waited for his new album. The premiere of “Annoyance and Disappointment” took place on 6 November and the first released single – “W dobrą stronę” − immediately reached the no. 1 spot on various charts. Also the premiere concert has been eagerly anticipated. The tickets were sold one month before the event.

In order not to avoid his fans, Podsiadło has decided to give another concert in Warsaw (which is going to be the last club concert in 2015). It is going to take place on 19 December at Palladium. There is no doubt that it is going to be a perfect opportunity for the audience to hear the latest material as well as the biggest hits.