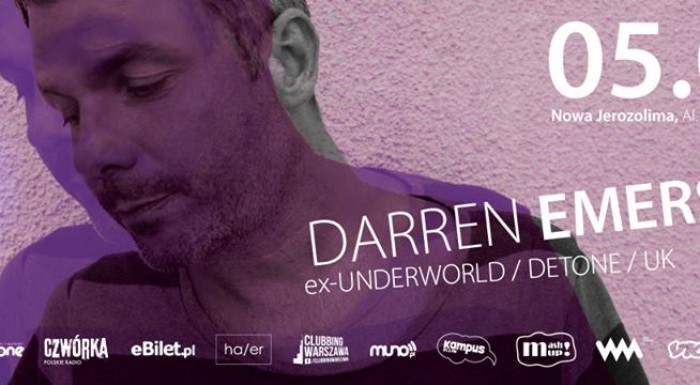 After many years, Darren Emerson is coming back to Poland. Emerson is believed to be a real legend of electronic music. For many years he has been performing with group Underworld. You may know their song "Born Slippy.NUXX" which was used in soundtrack to "Trainspotting" or "Moaner" which was used in "Batman and Robin" film. In 2000 they released album "Everything, Everything" which was at the same time their last. Darren Emerson decided to focus on his solo DJ career and so far he has released three albums "Uruguay", "Singapore" and Bogota".