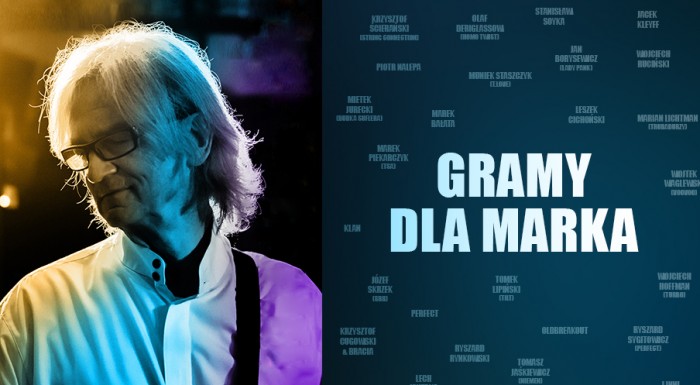 On 22 November, a charity concert will be held for Marek Ałaszewski – a musician, painter and composer.

Marek Ałaszewski is a former singer and guitarist of the band Pesymyści i Bardowie. In 1970, he founded the band Klan. He was also involved in painting. Until recently, he was a painter and composer. Unfortunately, in May, he suffered a serious stroke.

Currently, he is undergoing an expensive rehabilitation. Last year, Ałaszewski performed during Marek Karewicz’s charity concert. This time, he is the one in need.

available for purchase at the box office of Stodoła (Warsaw, 10 Batorego Street) and at www.stodola.pl