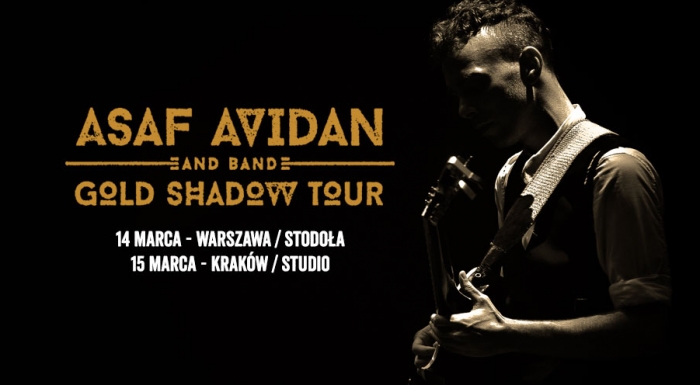 Asaf Avidan is an Israeli rock star and multi-instrumentalist. His stunning voice is often compared to such legends as Janis Joplin and Robert Plant. His debut career started in 2006 when he recorded with The Mojos. They released together three albums and in 2012 he decided to focus on his solo career. Year 2013 brought his first debut album "Different Pulses" which joins rock with elements of folk and blues. In 2015 he is going to perform in Warsaw and Kraków as a part of "Gold Shadow Tour" which promotes his latest album with the same time. It's a unique chance to listen to his greatest hits and check fresh sound.