What to do in Warsaw during winter? 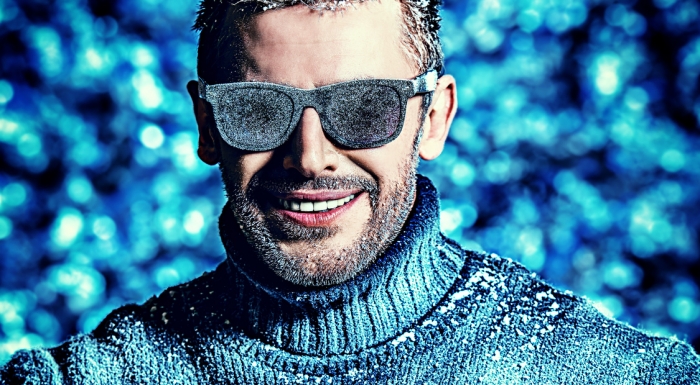 Low temperatures, snow and gusty wind at times ‒ that is winter in Warsaw. Some people protect themselves from such weather and prefer a warm blanket, a cup of hot chocolate and a good book. Paradoxically, winter is not as black as it is painted. Poland is luckily located in the climate zone which guarantees four seasons: first it is green fresh spring, followed by warm, sometimes capricious, summer, then there is autumn and its golden colours and eventually white winter. Time spent in the capital during winter does not have to be completely boring. Just put on some warm clothes and hit the town.

Winter is an excellent opportunity to do some winter sports. It is also possible in Warsaw. Race skiing enthusiast can visit Kabacki Forest, which is located at the end of the underground line, right next to Kabaty station. Next, there is Górka Szczęśliwicka, located in 22 Drawska street, where a ski slope with equipment rental and professional setting is situated. You do not have to leave the capital to enjoy some sick skiing!

There are also some places which are perfect for sledging. Probably the best one is an artificial mountain ‒ Kopa Cwila. It has been functioning as a park with surrounding greenery for years (right next to Ursynów metro station). In winter, the it turns into a sledge track and fun has no end.

The Palace of Culture and Science is a perfect place for ice skating. It has an outdoor ice rink, right in the city centre. Much bigger ones are located in 67 Jana Sobieskiego street (Tor Stegny) and in 6a Łazienkowska street (Torwar), which is the biggest ice rink in Poland.

If the temperatures are giving you a hard time, you should really go to Wedel café for some hot chocolate. The place with the best atmosphere of old times is located in 6 Szpitalna street.

After you get some rest, you can be on the move again for example down the Royal Route, which begins in the Castle Square, goes through Krakowskie Przedmieście, Nowy Świat, Aleje Ujazdowskie as well as the located there Royal Łazienki and leads to the Palace in Wilanów. It is a signature artery of the city, an urban set which enchants with the atmosphere of old architecture. On your way, you will pass historical churches, palaces, lovely tenement houses and parks. If you are one of the lazy ones, you can admire the views from a bus. Two bus lines run this way: 116 and 180. Everything looks really charming in winter scenery. During Christmas time this route looks extremely beautiful thanks to rich decorations. Also at that time, markets with regional goods appear more often (near to Krakowskie Przedmieście and Nowy Świat).

The escape from frost can lead you to the cinema. Apart from large cinema complexes, which are located in shopping centres (for example in Złote Tarasy or Arkadia), smaller and older cinemas, which are much more atmospheric, are worth visitng: Kino Iluzjon (50a Narbutta), Kino Muranów (5 Generała Andersa) or Kino Kultura (21/23 Krakowskie Przedmieście). Their repertoires often consist of more alternative, carefully selected film screenings.

Winter days are also a good time to discover The National Opera and the Polish National Ballet in the Grand Theatre (1 Plac Teatralny). Whereas, the Musical Theatre Roma in 49 Nowogrodzka street invites for ice-melting musicals. These are just some of the offers of Warsaw theatrical stage, which is really impressive.

Tourists visiting Warsaw in winter are welcomed in museums with magnificent collections: the National Museum and the Polish Army Museum (3 aleje Jerozolimskie), Centre for Contemporary Art (2 Jazdów) or Fotoplastikon (51 Jerozolimskie), with the biggest collection of original pictures of Warsaw in Poland.

Another suggestion is the Hulakula Entertainment centre, which is located in 56/66 Dobra street. It is a great place for fans of bowling, pool and climbing walls.

Copernicus Science Centre is another alternative. It combines lots of fun with science. It is a unique world which involves entire families (20 Wybrzeże Kościuszkowskie).

In quest for relaxation, you should visit a spa. SpearSide (63 Grzybowska street) is a place designed particularly for men. Women will definitely feel comfortable in FIUU FIUU SPA in 58 Mokotowska street. You can also visit Warszawianka Water Park (4 Merliniego) or use the swimming pool on the top of the InterContinental hotel with a view of the entire city (49 Emilii Plater street).

The choice is huge, and winter in Warsaw has nothing to do with boredom!