What is in store for us in the new year? 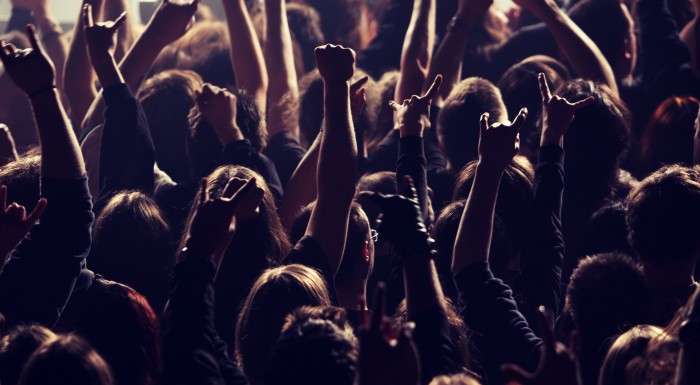 New year, new resolutions, and even bigger expectations! What music and culture events will surprise us this year? What is worth waiting impatiently and buying tickets as soon as possible?

You do not have to wait uncertainly any more. What is more, we promise – you will not complain! Just for you, we checked what is going to take place in Warsaw. Here are some of the most interesting and biggest events and premieres.

We start off with a bang on the music stage. Soon, on 25th February, Macy Gray is going to perform in Stodoła. Is there anyone who does not love her warm unique voice? We all remember her huge hit – “I Try”. Last year, Macy Gray released her eight album – “The Way”. We cannot wait!

Several days before Macy (21.02.15), a rock and blues duet is coming to Torwar – The Black Keys! Have you heard “Lonely Boy”? If you have, you simply cannot miss that concert!

Also in February (02.02.15, Hala Torwar), mesmerising Jessie Ware, who will be advertising her latest album “Tough Love”, is coming to Warsaw. Great lyrics and unique voice make her one of the best and most promising pop stars.

A Canadian singer with an incredibly masculine and husky voice is coming to the capital on 29th March and is going to perform for his fans at Torwar. We will listen to his greatest hits as well as to songs from his latest album. Garou will be visiting 6 Polish cities.

Before Garou’s performance, make sure to check a concert of a British band – Archive, they will play in the same venue but two days earlier (27.03.15, Hala Torwar).

The group will be advertising their latest album – “Restriction”, which includes Black and Blue , among others. Their music oscillates between electronic music, trip-hop, and post rock. Make sure to check it!

Also in March (25.03.15), Progresja Music Zone invites everyone to Black Veil Brides concert. Their last show in Poznań was a great success. We are counting on a replay.

In early April (06.04.15), we invite you to Basen in Warsaw for a concert of a debuting Danish artist – MØ. We are expecting big things!

Coming back to Stodoła, an incredibly gifted Israeli artist ASAF AVIDAN & BAND is giving a concert on 27th April. Such a voice cannot be forgotten!

Also Charlie Winston’s fans will be in the seventh heaven. He is coming to Proxima on 26th April. Those who have not had a chance to listen to the emotional and folk music of this British singer yet should quickly make up for it.

What about the following months?

For the very first time, the legend of American rock, Lynyrd Skynyrd is coming to Poland! We are sure you know “Sweet Home Alabam”. We invite for their concert which is going to take place on 3rd May at Torwar. You may not get another chance!

A couple of weeks later (24.06.15), also at Torwar, brilliant TOTO will perform. 30 years of existence has been some time, but the band still surprise with rock energy. We simply love “Africa”!

In 2015, the members of legendary AC/DC have not forgotten about us! They are going to perform on 25th July at the National Stadium. Surely, the tickets will go like hot cakes so do not wait too long! Apart from the music stage, theatres in the capital have also a lot to offer.

The Teatr Wielki invites for a brilliant ballet performance: “PUPA” by Stanisław Syrewicz and Anna Hop (premiere on 14th February), for a chamber opera in two acts – “POWDER HER FACE” (premiere on 9th May), and for an opera in four acts – “WILHELM TELL” (premiere on 21th June). When it comes to the National Theatre, we recommend “The Snow Queen” (premiere on 17th January).

As far as Teatr Powszechny is concerned, on 17th January the premiere of a play dealing with a controversial issue, namely war crime, called “Aalst” will be held. But that is not all, make sure to check “Szalbierz” (premiere on 10th February” and “Don Juan”.

Capitol also has something new to offer. “Di, Viv i Rose” (premiere on 7th February) is a play about friendship between three women.

Teatr Komedia prepares a premiere of “Volcanic eruptions” (15th May), and in April we invite you to Teatr Polonia for a witty play “Happy Now?”. If you hope for sport emotions, we recommend Speedway Grand Prix at the National Stadium (18.04.15) and WWE Live for the first time at Torwar Hall (15.04.15)!

Do not miss the Georgian national ballet “Sukhishvili”, it is coming to Torwar on 27th January. The group consists of 500 dancers and its own orchestra. Their performance on Broadway received lots of credit. It is going to be an amazing event! The youngest ones will surely be thrilled about Martina Stoessel, the famous Violetta, who is going to perform live in Warsaw on 22nd August along with other cast members.

We have to admit that the capital has a lot of surprises for us in 2015. Those which we have mentioned are just some of the culture and entertainment “repertoire”. Long-awaited concerts, brilliant plays, and other fantastic events will surely provide unforgettable emotions, which are always worth collecting. I

f you want to know more about other concerts, make sure to check our section “Culture and Events”, where we constantly provide information about what it is going on in the capital.