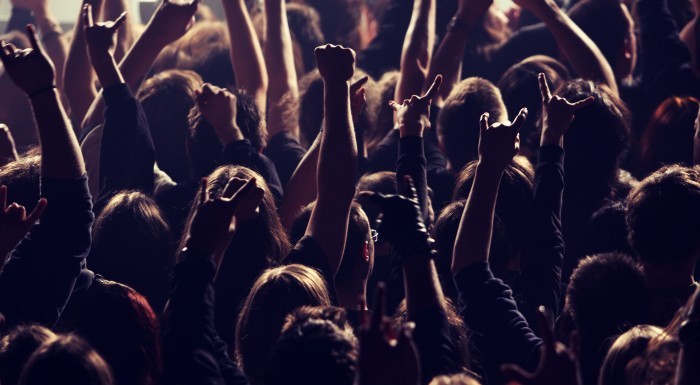 When it comes to music, spring in the capital is going to be awesome!

A wide range of concerts in the clubs of the capital and numerous tours beginning in spring 2015 will satisfy fans of all kinds of music as well as live music enthusiasts. A dozen or so important music events are taking place this spring! Warsaw is going to be visited by recognised foreign musicians, Polish singers, and popular rock bands. It is worth having your finger on the pulse.

March will begin with concerts of gifted independent Polish musicians. Including: Mela Koteluk, Mister D., Maria Peszek, Kult, Artur Rojek, and Domowe Melodie. If you take account of the concerts taking place in the capital, Warsaw is the leader among Polish cities.

Already on 7th March, Mela Koteluk, a gifted young artist, is giving a concert in Palladium club. The concerts in spring 2015 will be promoting her latest album – “Migracja” – including the well-known and popular single – “Fastrygi”. Apart from Warsaw, the singer will be visiting as many as 14 Polish cities and performing in London at the beginning of April. Pre-order tickets cost PLN 42, whereas the price on the day of the concert will be PLN 49.

Fans of fun with traditional and pop-cultural clichés will definitely enjoy Mister D. and Bartosz Król concert on 6th March in Basen Club. Dorota Masłowska’s music project and Król’s combination of electro-pop is a perfect combination for anyone who enjoys ironic humour.

Maria Peszek is returning to the stage on 8th March – her concerts are going to take place in Sopot, Warsaw, Wrocław, and Gomunice in March. The one in Warsaw is taking place on Women’s Day in Stodoła, and it is going to be a huge surprise for the audience, just like every single one of her concerts. The singer announced that it is going to be “something old, something borrowed, and something different” – everyone is going to enjoy it for sure.

This spring, the return of one of the biggest bands of Polish punk rock, Kult, is also taking place. The concerts of their unplugged tour are going to be held in every big Polish city. Warsaw will have the opportunity to listen to their amazing acoustic concert on 12th March in Stodoła. Tickets, whose prices range from PLN 100 to PLN 125, are available on the Internet and in the club.

Artur Rojek with a new album

Among artists who will be performing in Warsaw in March, foreign musicians can also be found. The first one of them is Asaf Avidan & Band – this highly regarded singer and multi-instrumentalist from Israeli has got a lot of fans in Poland. He is going to visit our country as a part of the Gold Shadow Tour, which promotes his latest album with the same title. Asaf Avidan is going to perform on 14th March in Stodoła.

Another foreign star that is going to visit Poland this spring is Archive. The band are going to perform at Torwar on 27th March and to promote their latest album – “Restriction”. For those who have been waiting patiently for their concerts, 2015 has four performances in Poland in store – in Kraków, Warsaw, Gdańsk, and Poznań.

Are there any fans of French music and Garou’s unique voice in here? His concert is going to take place at the end of March at Torwar in the capital. Garou’s tour in Poland is going to include 6 concerts in the biggest cities – Kraków, Poznań, Warsaw, Szczecin, Gdynia, and Bydgoszcz. The concerts are going to include his most famous songs as well as those from his latest album – “Au Millieu De Ma Vie".

Young rock fans will surely be attracted by Tokio Hotel concert – the German band have just released a new album – “Kings of Suburubia”. They will be performing in Warsaw on 27th March in Stodoła. Tickets costs PLN 375, also VIP-packages are available – they will allow the holders to attend the rehearsal and the meeting with the band, among others.