The most beautiful cribs in Poland 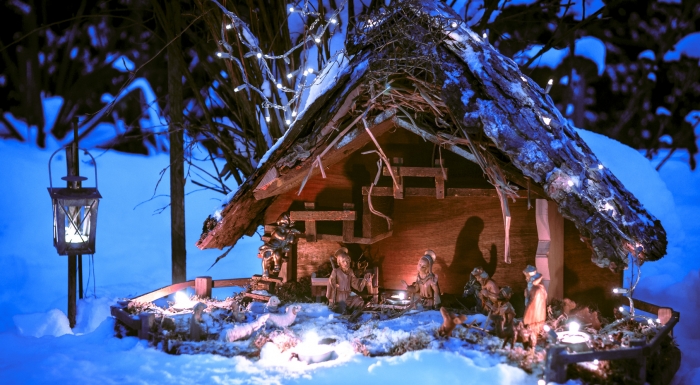 In 2012, a crib from Poznań surprised everybody with its flourish and size. Made of 200 characters, 16 metres high and weighing 5 tons, thus it was included in the list of the biggest roofed cribs in Europe. Real size statues of the Holy Family were wonderfully exposed with illuminating windows of Bethlehem houses in the background. Everything was presented with attention to the smallest details. On a beautiful navy firmaments constellation of stars, which were positioned in the same way as on the day when Jesus was born, is shining. Those who looked carefully spotted a mill with flowing water or frogs jumping to a pond. The whole thing was truly impressive. With what did other cities surprise? Let us take a look.

The most beautiful cribs are said to be made in Kraków. There is an annual competition which you have to see. It is a show of true folk masterpieces. Small, big, colourful, made of glass or wood ‒ arbitrariness when it comes to form enables artists to create beautiful things. When admiring them, it is worth taking a closer look because some of the cribs are based on St. Mary’s Church.

Cribs with live animals are not only the domain of large, provincial capitals, you can also see them in smaller places. They often include true gems, for instance made of paper or based on style characteristic of Łowicz.

Not only cribs with live animals attract lots of people. Mobile ones are also very popular, for example you can find one in Warsaw. Apart from standard elements, you can also see modern additions, such as trains. The most beautiful cribs of the capital are located in Miodowa street by Capuchins, in Bielański forest or in St. Thomas the Apostle parish, Dereniowa street.

During Christmas time, cribs can be seen in almost every church. Their variety is really impressive and it is impossible to decide which one is the most beautiful. In fact, the most beautiful ones are based on regional style. You should visit several churches to find out about it by yourself. Also cribs made by children are also worth watching ‒ exhibitions with their works are often held. In the end, Christmas joy passes on everyone.