Second half of the festival season (August/September/October) 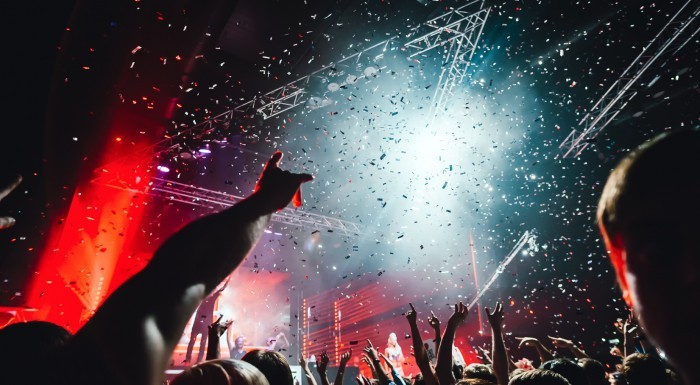 Massive Attack, Sia, Damian Marley – these are just some of the iconic artists who are coming to this year’s Kraków Live Festival. The event, which as usual wraps up the music festival season in Poland, is going to take place on 19 – 20 August at the airport of the Polish Aviation Museum. Apart from the stars mentioned above, the organisers announced such bands as Cage The Elephant, The Neighbourhood or the hiphop group Young Fathers, among others.

is an annual festival featuring the biggest legends of Polish rock held traditionally in a former depot at ul. Grabiszyńska – the cradle of Wrocław “Solidarność”. The concert is a tribute for people who in the 1980s fight for freedom in Poland with music and underground activity – to artists, culture makers, oppositionists and scientists. The multimedia aspect of the event is going to be provided by Krzysztof Jakubczak, the legend of Polish underground music, the bard of student and opposition environments of that time.

The Singer’s Warsaw Festival is right upon us. The annual holiday of Jewish culture and art will begin already on 27 August.For over a week, residents of Warsaw as well as tourists will have a chance to learn about music, literature, dance and Yiddish theatre. Due to huge interest, the Singer Jazz Festival will be held for the third time as part of the Singer’s Warsaw Jewish Culture Festival. World-famous musicians have been invited for the festival. This year, the honourable guest is the Pole Leszek Żądło. Besides, such artists as Sefardix Trio, duo of Lena Piękniewska and Paweł Skorupka, Israeli trio from Tel Aviv Savannah and The Stringz and many other gifted musicians will show their skills. The performances will be held at Teatr Kwadrat, Nożyk Synagogue, Pardon club, 12on14 Jazz Club and To Tu. The Singer Jazz Festival is a show of traditional Jewish music in contemporary edition.

In the second half of September, the Asymmetry Festival will be held in Wrocław. Taking place on 22-24 September, it will surely attract fans of metal, jazz, electronic music and folk. This combination of various genres will surely guarantee lots of entertainment. Artists will present some brand new and experimental musical combinations. The festival held at Klub Firlej is an interesting alternative for popular events and a chance to hear some fresh and unusual sounds.

As every year, autumn in Warsaw will start interculturally – the 12 th edition of one of the most important music events in Poland begins on 24 September. Participants of the event will have a chance to discover music from 9 countries and 3 continents! The festival will be an opportunity to listen to the music related to our roots. It will combine ancient songs with modern sounds, including such genres as electronic music, jazz, soul and pop. The event will begin with a performance by a legendary South American singer – Suzan Baca. What is more, there will be concerts by an unconventional and charismatic singer of Jewish origin, Ester Rada, as well as a Cuban duo – Tim Ericsen and Omar Sosa, who combine punk rock with the sound of Arabic lute and elements of souls as well as jazz. Of course, that is not all, you can expect performances by artists from Brazil, Lebanon, USA, Georgia, Spain, Haiti and Poland. The festival is going to be held in front of the Palace of Culture and Science and will last 8 days.

As every year, the Sacrum Profanum festival starts in early Autumn, on 1 October. This time, it will follow the footsteps of composers who, despite not being well-known among the wider public, are undoubtedly outstanding. The music of 20 th -century artists such as Karlheinz Stockhausen, Luciano Berio, Pierre Boulez will stay in Kraków for 8 days. Boulez is a magnificent author of electronic music, conductor and founder of the Parisian Institute for Research and Coordination Acoustic / Music (IRCAM). On 3 October, his works will be presented by Ensemble InterContemporain under the baton of Julien Leroy in Room S2 of the ICE Congress Centre. Stockhausen, a German artist, paid special attention to psychological aspects of reception of sounds. In his pieces, he allows interpreters to participate in creation of works. His output will be performed on the final day of the festival, 8 October, by Jérôme Noetinger from Ictus Ensemble in the Auditory Room of the ICE Congress Centre. The third outstanding artist – Luciano Berio – is a famous Italian composer who is not afraid of musical experiments. His works will be performed by Musikfabrik in Room S2 of the ICE Congress Centre on 2 October. The festival is organised by the City of Kraków and Kraków Festival Office.

The 14th edition of the electronic music holiday – the Unsound festival – is taking place between 16 and 23 October in Kraków. The event will attract Polish (but not only) fans of various types electronic and club music to Kraków. The most interesting musicians, DJs and producers are going to perform on the stage and behind mixing consoles. What is more, the one of a kind atmosphere of individual events is going to be guaranteed by unique, unusual locations.