Parties on the beach, the best coffee club bars by the Vistula 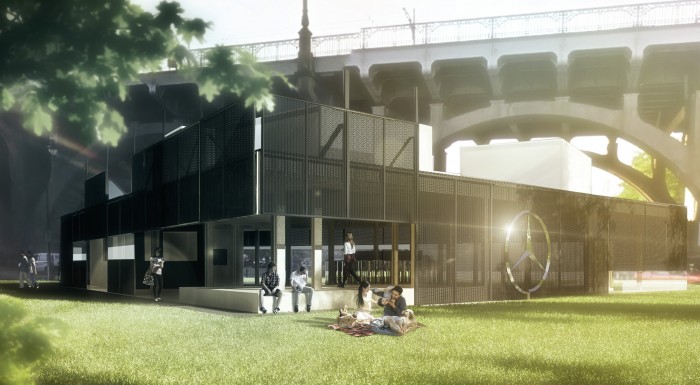 The open air party season is right behind the corner – sunny weather favours partying with friends until dawn. If you live in Warsaw and feel like spending some active time by the water, we have some good news: you do not have to leave the city for the weekend. Every year, beaches by the Vistula are full of partying people who enjoy a wide range of cultural and entertainment events taking place in Powiśle, among others.

Undoubtedly, the return of the Mercedes Station, a cultural and entertainment centre established by Mercedes-Benz Poland and Grupa Warszawa, to Powiśle is the biggest project of the upcoming summer nearby the Vistula. This year, the organisers went for modern urban design and a diverse schedule – to make sure that everyone will have some fun. The space of the elegant and designed in a modern way pavilion of the Mercedes Station is going to offer something for motorisation enthusiasts, Polish music and film amateurs as well as for sports fans.

The summer season in the Mercedes Station is starting already on 13 June. The opening includes a small concert by Gaby Kulki, the first announced music event. The futuristic building will be a perfect place for an urban party at night. Motorisation and motor sports enthusiasts will have a chance to do a test drive and participate in various workshops as well as meetings. Formula 1 broadcasts on a big screen will surely be something worth the attention.

The Mercedes Station is going to be opened all summer long until 6 September on the corner of Kruczkowskiego Street and Aleja 3 Maja. All events are free of charge!

Another place worth visiting this summer is a small coffee club bar located in a former railway waiting room – Warszawa Powiśle. During the day, you can visit it and have some breakfast or lunch outdoors – the place specialises in delicious home-made scrambled eggs, sandwiches and salads. In the evening, concerts and dance parties, which get the whole neighbourhood going, are held there. “PKP”, as it is also called, is usually crowded – both by those who want to enjoy a drink with their friends and dancing enthusiasts.

A beach is perfect location for a party if expect some unforgettable and friendly atmosphere, fantastic views as well as want to avoid overcrowded clubs full of smoke. The owners of Temat Rzeka, a spot in a picturesque area nearby a forest on the right bank of the Vistula by Poniatowski Bridge, are well-aware of that. The place facilitates various forms of entertainment – a large dance floor and a well-equipped bar will work well during wild parties, while dancing and sports enthusiasts can have fun on the beach, and if you want to create a unique atmosphere, you can light a bonfire in a designated place.

Another beach club by the Vistula is the famous La Playa – a place crowded with Latino music enthusiasts. Opened from May until the end of September, the club creates a unique summer atmosphere in the middle of big city. La Playa offers not only fantastic drinks, the best DJs, wild atmosphere but also a beautiful view of the Old Town, which looks exceptionally stunning at night.

One of the most fashionable places by the Vistula – Niedorzeczni – is an initiative organised by a former club 1500m2 and the Horyzont foundation. It is a great and big, 700 square metres, area with lots of deckchairs, a bar in a shed, a dance floor and a large screen. Dance parties dominated by independent music as well as fairs, meetings, concerts and cultural events will be held here all summer long.

Cud Nad Wisłą is a cult place – one of the first beach clubs by the Vistula, which gathers thousands of partygoers every weekend. Apart from parties until dawn, the place organises fashion and food fairs, workshops, concerts and other events which Polish music enthusiasts will surely enjoy. For many residents of Warsaw this is simply the best place to relax with some cold beer and a good book.