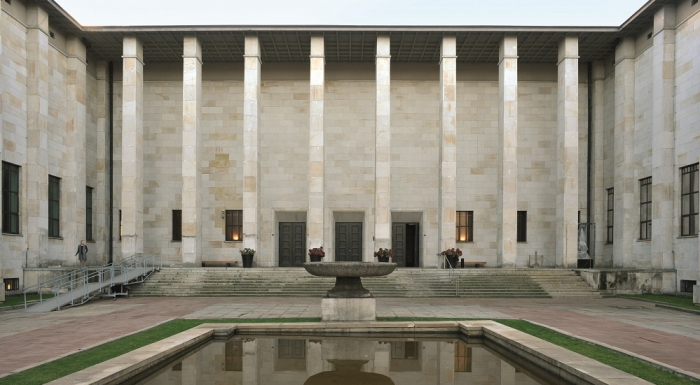 The National Museum in Warsaw was established in 1862. It is one of the biggest objects of this type in Poland. Its collection consists of more than 800,000 exhibits, including works from Poland and all over the world.

You will find here works from different times − starting from the Ancient times and ending with the modern ones. The collections include paintings, sculptures, drawings, photographs, antique coins as well as works of the applied arts. The National Museum contains many unique items. The Faras Gallery is the biggest collection of Nubian culture and arts monuments from Early Christian times in whole Europe. The Medieval Art Gallery is also unique. It contains sculptures, goldsmith works as well as panel paintings. They originate from all regions which were historically related to our country in the Medieval times. This gallery was also supplemented with medieval monuments from other European countries. The most famous Polish painting, made by Jan Matejko, “Bitwa pod Grunwaldem” was placed there. Its measurements are really impressive because they amount to 426 cm x 987 cm.

Modern LED lighting, which is rare in museums around the world, is undoubtedly an asset of the National Museum. Thanks to LED spotlights it is possible to individually adjust illumination for every painting to highlight their virtues.

The seat of the described museum is a modernist building, located in one of the busiest places in Warsaw. On the museum premises, you can also find Stanisław Lorentz Courtyard – a charming place where it is possible to rest. There are benches, deckchairs, a beautiful fountain and a cosy café ‒ Cafe Lorentz.

We also have to mention beautiful, picturesque park Na Książęcem, which is situated on a scarp. The gardens used to belong to prince Kaziemierz Poniatowski, king Stanisław August brother.