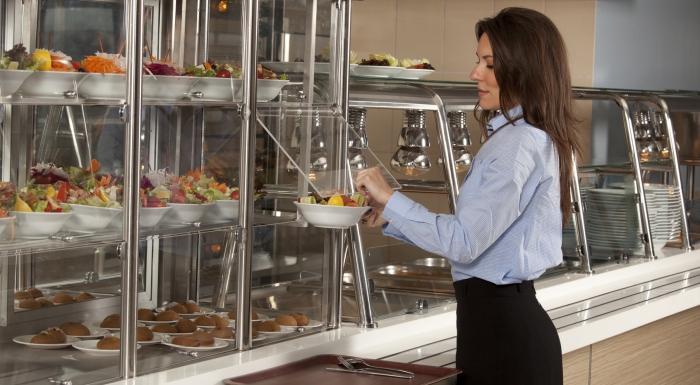 The first milk bar was opened nearly 120 years ago right in Warsaw in one of the most representative streets of the capital ‒ Nowy Świat street. It was called Mleczarnia Nadświdrzańska and was surprisingly profitable. Later on, the idea of milk bars spread all over the country, during the time of crisis they were the most popular places to eat with Poles.

Milk bars are distinguished by extremely low prices. There are no waiters, unique atmosphere can be sensed right after you enter. During the Polish People’s Republic times, one could often come across damaged tableware, aluminium cutlery and unpleasant, smell from the kitchen. Nowadays, modern milk bars have nothing in common with this old image. Interiors are neat and tidy, but still maintained in an old-fashioned way. Prices have not changed, similarly to the form of service.

Warsaw still has had many milk bars, which offer home-made Polish cuisine for a reasonable price. Most of them are located in the very centre of the capital. Złota Kurka, situated near to Constitution Square, invites for a wonderful two course meal for about ten zlotys.

The best genuine Pierogi are offered by Bambino, situated in Krucza street. You can have here a large helping of delicious Pierogi with potatoes and cottage cheese almost for free. They cost slightly over 5 zlotys! What is more, you can count on something sweet after dinner. A simple but delicious dessert is only three zlotys.

Next milk bar, which this time specialises in pancakes with various fillings, is called Rusałka. It can be found in Praga, close to St. Florian’s Cathedral.

Last but not least, a place which is favourably reviewed by its guests ‒ Bar Familijny. A dinner set costs here no more than ten zlotys. The price is less important than the idea of the bar. It is situated between expensive cafés and wealthy restaurants but attracts tourists with dishes which are nowhere to be found in any other place in the area. Fruit soup or potato dumplings are huge attractions. Milk bars offer also takeaways.

Polish milk bars are a sensation on the European scale. It is not a surprise that they attract foreign tourists (but not only). Unusual atmosphere of such places and home-made flavours enchants more and more people.