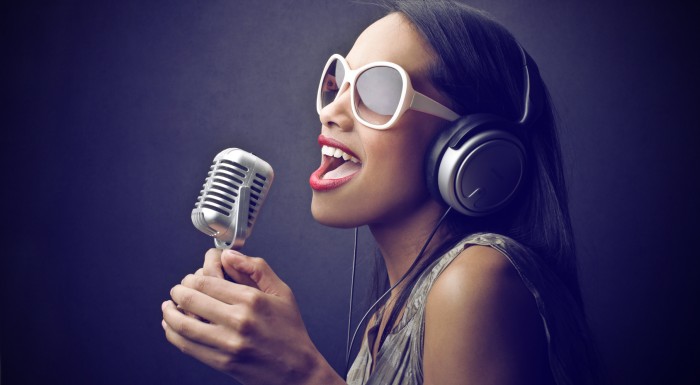 Warsaw music scene abounds with Polish and international stars’ concerts. Starting from hard rock, through pop sounds, ending with jazz vibes – enthusiasts of any kind of music will find something suitable for them. Where to look for information? Make sure to follow our “Culture and events” section where information about the most interesting events in the capital are posted.There are several places in Warsaw that are worth keeping an eye on all the time if you do not want to miss the best ‘gigs’ in the city.

Of course, the biggest and most spectacular concerts in Warsaw are held in the National Stadium. The place has enough room for 72.900 people. Since its opening in 2012, the most popular world stars have performed there. It is hard to forget about Beyonce’s concert in 2013, piercing Coldplay or the best of the best – Paul McCartney. What is more, the National Stadium is the spot where Orange Warsaw Music Festival, which hosted such stars as: Kings of Leon, Florence and the Machine, Fatboy Slim or David Guetta, takes place annually. The large and modern body of the stadium provides enormous possibilities to organise such events. A display of a concert in the National Stadium is always impressive and a great experience for the audience. We simply cannot wait for next musical shows on its fantastic stage.

Located inside the Palace of Culture and Science, the Congress Hall is another spectacular area, whose boxes, balconies and amphitheatre have a capacity for up to 2.800 people. The biggest galas and events are held in that stylish interior. Stars such as The Rolling Stones, Marlene Dietrich, Skunk Anansie , Ringo Starr, Patti Smith and many more have performed there. Every year, Jazz Jamboree, one of the biggest European jazz festivals whose origins date back to 1965, is held here. What is more, many classical music concerts take place there.

Fantastic musical events are also present in TORWAR, a live house and sports hall. In October, James Blunt is performing there, whereas fans One Republic, a pop-rock band, cannot wait for November.

When discussing the music scene in Warsaw, Stodoła has to be mentioned. A star of a Polish rock band Perfect – Grzegorz Markowski – and Jan Borysewicz – a Polish rock musician – are closely related to it. Stodoła is years of history of Polish bands that began their careers there. Lots of groups have appeared on its stage: https://www.stodola.pl/artysta.htm. Nowadays, world greatest stars play there.

Syreni Śpiew is one of the most fashionable spots in the capital. The club is located inside a modernist building in Rydza-Śmigłego park. Apart from club parties, interesting concerts of Polish and foreign artists are held there. It is also worth following the local cyclical events with live music.

Once a cinema, now a theatre, a club, and one of the most important music stages in Warsaw – that is Palladium, of course. During concerts, the place is always full of people and no wonder because stars such as Bonobo, Tom Odell, Crystal Fighters , Agnes Obell, Emiliana Torrini, Artur Rojek, Brodka have performed there. Here, you can check what is taking place in Palladium soon: http://www.palladium.art.pl/koncerty/range.listevents/-

Near Plac Trzech Krzyży, a cult spot called Basen can be found. In the past, it used to be a swimming pool. Today, it provides wonderful musical experiences inside a modernistic interior. Soon, Jessie Ware and Lamb are going to play there. Do not forget about the Selector Festival which starts in Basen in November. SBTRKT, among others, will be performing.

Make sure to follow musical events in Hybrydy, Hydrozagadka, 1500 m2 do wynajęcia and Progresja. The most desirable music stars as well as niche musicians often perform there.