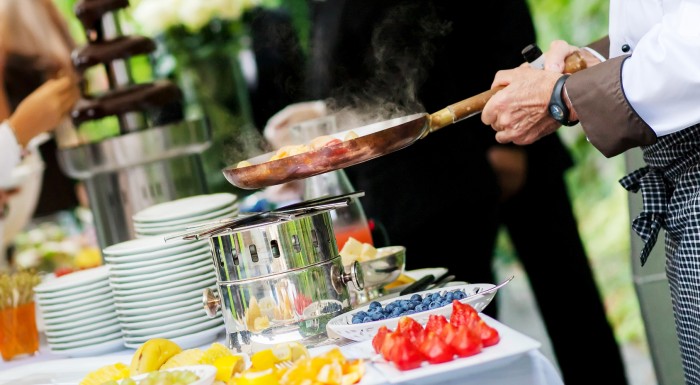 The Urban Market is claimed to be one of the most appetizing events in the capital. It is based on a combination of delicious food with great music. Three women, whose biggest passions are cooking and food design, are the originators of the Urban Market. It was established by Marta Wajda, the owner of the Made with love company, Eliza Krakówna and Marta Stachera, who are the owners of the My’o’My café. Thanks to them and a huge group of invited cuisine enthusiasts, the Urban Market is changing into a culinary holiday.

The Urban Market is a cyclical event which is held in different places in Warsaw. The fifth edition was organised in Agrykola. It was accompanied by an unforgettable summer-picnic atmosphere. During the fifth edition, there was a chance to see: Smaki Obfitości, Made by Porzeczka, Głodne Kawałki i Karma, Rico Taco Sto900, Delicius, Kartacze, Lodove, Qmam kaszę, Mr. Pancake, Sery Korycińskie, Pan Sandacz, Meat Love and Dobra kiszka. Physical classes such as spine gymnastics or yoga on grass were additional attractions. What is more, there were screen process workshops and an open-air hairdresser. Everything was going on with live music played by the following guests: Mickey von Wyrozębski, Klaudyna Pétursdóttir, Adrian Tolzdorf, Wujek Ben, Eli, BLCKSHP, DJ Mic Ostap and Adrian T.

The Urban Market is a great excuse to go out and spend some great time with other amateurs of good food, music and fun. It is mainly a celebration of food in an urban atmosphere. The event was inspired by various journeys, musical extravaganzas, street markets in Berlin as well as Spanish fiestas.

The Urban Market event has always been divided into theme zones. For example, the food market with ecological fruit and vegetables, with freshly prepared food which can be eaten there or bought as a takeaway. The food design zone includes all accessories essential for cooking: cooking books, kitchen implements, art and design as well as interesting culinary solutions. There is also a designated area for exceptional cooking workshops, where participants share their knowledge and passion with each other. Cinema, fashion zones, corner for children and many, many more.