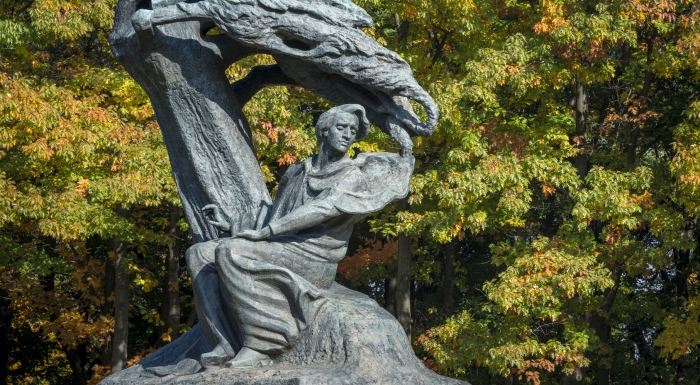 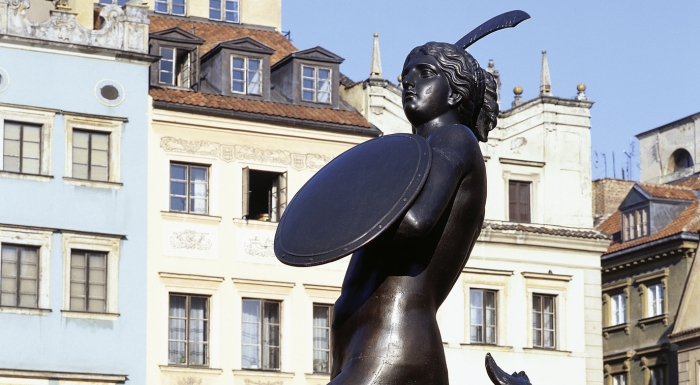 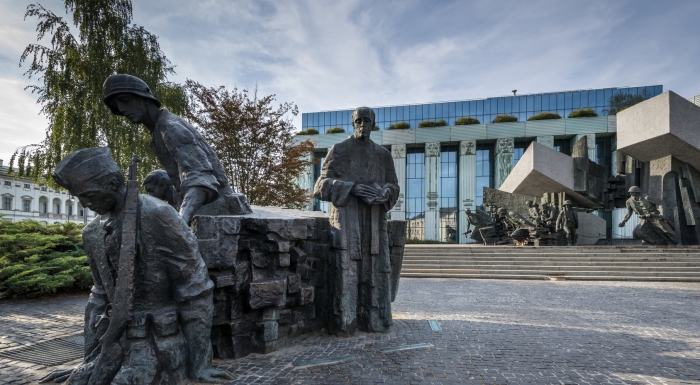 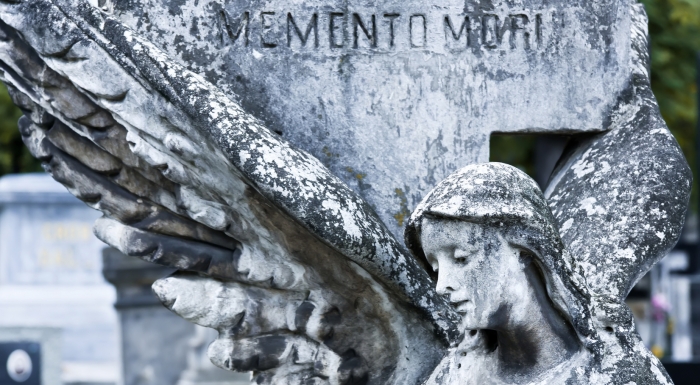 Warsaw, like any other city, has its thinkers, artists and politicians. Many events of its rich, often tragic, history are stuck forever in Warsaw residents’ consciousness. Nowadays, monuments remind us of these important moments and great personalities.

Seeing every monument in Warsaw would take too much time but there are some of them which are particularly noteworthy.

The Sigismund’s Column is of course the oldest monument in Warsaw. It was erected in 1644 according to two Italians’ project: Agostino Locci and Constantino Tencalla. The king of Poland stands proudly with a sword and a cross in his hands on a high, 22-metre, Roman column. The monument has been destroyed and rebuilt many times. Former, original stems of the column can be seen right next to the Royal Castle, on the southern side of it.

The Tomb of the Unknown Soldier is located in Piłsudski Square, right next to the Saxon Garden. It pays a tribute to all fallen soldiers who defended their homeland. There is a soldier’s watch guarding the place all the time. Every Sunday at noon, a solemn shift takes place.

The Chopin Statue has been in the Royal Łazienki since 1929. It commemorates the famous composer and pianist. Classical music concerts, in which world famous pianists participate, are held there every Sunday in summer.

The equestrian statue of Prince Józef Poniatowski can be seen in front of the Presidential Palace, located in Krakowskie Przedmieście. He won Poles’ respect and sympathy. Józef Poniatowski was a general, minister and army chief, his courage and fighting spirit when protecting the homeland became a true symbol.

The Warsaw Uprising and its brave heroes were given a monument unveiled in 1989. It is located in Krasiński Square, near to a manhole which was used to evacuate insurgents. The large monument depicts insurgents running from a pylon. Right next it, you can see people by the entrance to the sewers which relates to the end of the revolutionary fights.

The Monument to the Heroes of Warsaw is located near to W-Z route, nearby Nowy Przejazd street, in a beautiful green park. The  7-metre high monument is one of the most signature monuments in Warsaw. Nike, the goddess of victory, is depicted on the pedestal in a reclining position with a raised sword. The monument commemorates those who died in Warsaw during the Second World War and bravely fought for freedom.

The Little Insurgent Statue (Podwale street) evokes many emotions. A little boy wearing a helmet which covers his eyes, a white and red headband and with a machine gun pays a tribute to the youngest ones who fought in the Warsaw Uprising.

The Sappers’ Memorial can be found in a park next to the Vistula, near to the end of Księdza Józefa Stanka alley. It consists of three parts: pylons symbolising exploding mines, which are being defuse by the saper in the central part, and 18 bas-reliefs. The whole is summarised with an inscription in Polish: “Free Warsaw will never forget those, who with their pain and blood, started the work on her reconstruction...”

When talking about monuments in Warsaw, the Mermaid must be mentioned. She is the symbol of the capital and appears on the coat of arms of Warsaw. There are many interesting legends about her. The Warsaw Mermaid can be admired in Powiśle (right next to Świętokrzyski bridge) and in the Old Town Market.

The Monument in Memory of the Fallen Polish Pilots in World War II is one of the youngest monuments. It is located in Pole Mokotowskie, near to a place where an airport used to be. A formal unveiling took place in 2003. In a large square and an alley, which relate to an airport, metal bars similar to trails of a plane were installed. Names of fallen pilots who died in 1939-1945, among others, were written on a surrounding semicircular wall.

The Monument to the Fallen and Murdered in the East is situated at the intersection of Muranowska and Andersa streets. It was erected to commemorate Poles who were deported to the East (victims of the Katyń Massacre, among others). The authors of the monument meaningfully chose a railway flatcar full of crosses set on tracks.

Due to the past events of Warsaw, monuments related to Polish Jews’ history are worth seeing. Some of the examples are: The  Ghetto Heroes Monument in Zamenhofa street and Umschlagplatz, a wall monument erected exactly where Jews were deported to concentration camps (Stawki street).

Monuments of famous personalities such as Mikołaj Kopernik, a famous Polish astronomer, poet Adam Mickiewicz (both monuments are located in Krakowskie Przedmieście) and Maria Skłodowska Curie, who has won the Nobel prize twice and was the precursor of radiochemistry (Wawelska/Marii Curie-Skłodowskiej street), should also be mentioned.

Whereas at the intersection of Dzielna and Aleja Jana Pawła II street, you should pay attention to a unique Memorial Tree in the museum of the Pawiak prison. There used to be a German prison where many Poles lost their lives during the Second World War.

As you can see, Warsaw is full of monuments whose list has not been drained out yet for sure. Every walk in the city reveals more and more plaques and monuments commemorating the meritorious.