Cultural life in the capital 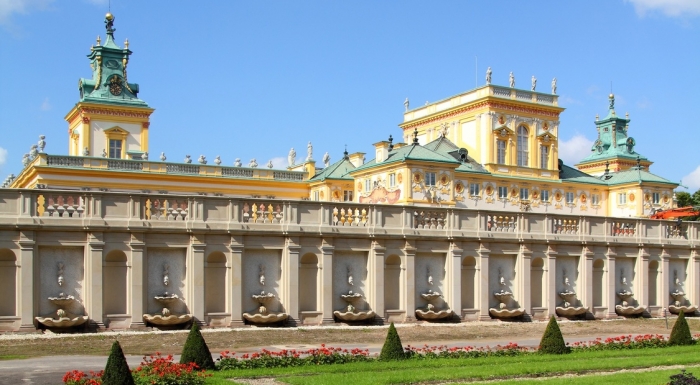 Warsaw is one of the most important cultural centres in Poland. You will find here the most essential places – numerous museums, theatres, concert halls, exhibitions. The choice is huge and diverse. A stay in the cultural capital gives you an opportunity to commune with the art of the highest European level.

The biggest and oldest museum in Poland is the National Museum in Warsaw. It gathers Polish as well as international pieces of art including ones from antiquity, the present time and temporary exhibitions famous all over the world. A certain department of the National Museum is particularly worth mentioning – the Museum of King Jan III’s Palace at Wilanów. Its central point is a baroque palace (a former Kings’ of Poland seat) where you can admire the Wilanów collection, which includes pieces collected by Stanisław Kostka Potocki. It is a complex of several dozen monuments surrounded by two beautiful, romantic parks.


Fervent fans of contemporary art should visit Centre for Contemporary Art Ujazdowski Castle where you can expect Polish and foreign artists’ latest achievements.

That is not all. It is worth visiting the Warsaw Rising Museum – it commemorates the tragic events in a very interesting and dominant way. Enthusiasts of technology and science will surely enjoy going to the Copernicus Science Centre with a planetary (near the University of Warsaw Library) and the Museum of Technology (Plac Defilad).

Warsaw can also brag about diversity and multitude when it comes to the theatre. Obviously, the main institution is the National Theatre which was established in the 18th century and has been gathering the greatest artists since that tume. Its building itself is worth paying attention to – it contains two out of three stages of the National Theatre. This amazing building is also a seat of the Theatre Museum and the National Opera. The latter one offers some spectacular ballet shows and concerts every season. When visiting Warsaw, it is a good idea to also check repertoires of other theatres, for instance: 6. Piętro, which belongs to an actor, Michał Żebrowski, gathers many stars and is extremely popular, a musical Mecca – the Roma Musical Theatre, and a modern stage of comedy and farce – Teatr Kwadrat.

There is also the Warsaw Philharmonic where you can listen to classical music performed by an outstanding chorus and an orchestra. Many world-class stars appear on its stage. Whereas other important, not necessarily classical, concerts are held in the Palace of Culture and Science, mainly in the Congress Hall, and in the recently built National Stadium.

The capital is also many fantastic annual festivals, including film, theatre, literary, musical ones. Warsaw also participates in the Museums at Night event which allows people to visit many cultural places of the capital for free.