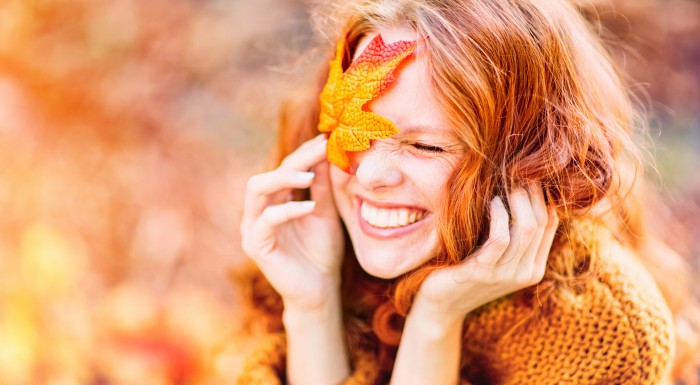 Cultural Autumn 2016 Although we are in the middle of summer, it is worth planning your autumn cultural calendar. This year, you can expect lots of events. Below, we present a few interesting suggestions.

Autumn in Warsaw will have multicultural start – the 12th edition of one of the most important music events in Poland will be held on 24 September. Participants will have a chance to hear music from 9 countries and 3 continents! It will be a combination of ancient songs with contemporary sounds. We will have a chance to hear combinations of various genres: electronic music, jazz, soul and pop. The event will begin with a performance by a legendary South American singer – Suzan Baca. What is more, there will be concerts by an unconventional and charismatic singer of Jewish origin, Ester Rada, as well as a Cuban duo – Tim Ericsen and Omar Sosa, who combine punk rock with the sound of Arabic lute and elements of souls as well as jazz. Besides, you can expect performances by artists from Brazil, Lebanon, USA, Georgia, Spain, Haiti and Poland. The festival is going to be held in front of the Palace of Culture and Science and will last 8 days.

On 29 September, the 4th edition of Sounds Like Poland will be held as part of the Cross-Culture Festival. The aim of the project is to promote Polish folk and ethno artists. Some gifted musicians will perform in front of the Palace of Culture and Science, including: Čači Vorba, Tęgie Chłopy and Motion Trio.

Let yourself get provoked – Body/Mind Festival

The 15th edition of the Body/Mind Festival is taking place on 30 September. Expression, movement, amazing sense of rhythm, inventive choreography, perfectly selected music – this is a great summary of the main elements of this dance and music event. This year’s main theme is the pace of modern world. The movement of gifted dancers will show what cannot be described. The organisers of the festival highlight that the event is not about entertainment. Body/Mind is meant to be an opportunity to reflect, slow down and think about various issues.

The 10th edition of the festival will be held between 16 and 23 November. Five Flavours is a review of films from East as well as Southeast Asia. Popular cinema combines with artistic productions to fill the gap when it comes to showing the diverse Asian culture.

The sections of the 10th edition are:

Sion Sono is one of the most original contemporary directors from Japan. He shocks with form and combines it with accurate social criticism. Sono is a man of many talents – director, poet, painter, member of a punk rock band and performer of Tokyo Gaga artistic group.

His films combine various genres – from science fiction to musical.

The audience will have a chance to discover works of young directors and learn more about modern problems faced by Asian countries.

This cinema experiments with new forms of expressions to invite for a discussion later on.

One of the most isolated countries in the world in terms of access to true information will be presented to the audience. Secrets hidden in its isolated community will be revealed to those who decide to participate in Five Flavours.

A martial arts performance about warriors fighting for peace and order in their homeland. A film full of emotions, action and fantastic choreography will surely touch many people in the audience.

This is an opportunity to discover works of the greatest masters. Films which have never been screened before will be shown.

What is more, Radio Asia will make a comeback. The alternative artists will give three concerts.

The festival will be held at Kino Muranów and Kinoteka.

As every year, the Sacrum Profanum festival starts in early Autumn, on 1 October . This time, it will follow the footsteps of composers who, despite not being well-known among the wider public are undoubtedly outstanding. The music of 20 th -century artists such as Karlheinz Stockhausen, Luciano Berio, Pierre Boulez will stay in Kraków for 8 days. Boulez is a magnificent author of electronic music, conductor and founder of the Parisian Institute for Research and Coordination Acoustic / Music (IRCAM). On 3 October, his works will be presented by Ensemble InterContemporain under the baton of Julien Leroy in Room S2 of the ICE Congress Centre. Stockhausen, a German artist, paid special attention to psychological aspects of reception of sound. In his pieces he allows interpreters to participate in creation of works. His output will be performed on the final day of the festival – 8 October. It will be presented by Jérôme Noetinger from Ictus Ensemble in the Auditory Room of the ICE Congress Centre. The third outstanding artist – Luciano Berio – is a famous Italian composer who is not afraid of musical experiments. His works will be performed by musikFabrik in Room S2 of the ICE Congress Centre on 2 October. The festival is organised by the City of Kraków and Kraków Festival Office.

The 14th edition of the holiday of electronic music – the Unsound festival – is taking place between 16 and 23 October in Kraków. The event will attract Polish (but not only) fans of various types electronic and club music to Kraków. The most interesting musicians, DJs and producers are going​ to perform on the stage and behind the mixing consoles. What is more, the unique atmosphere of individual events is going to be guaranteed by unique, unusual locations.

A meeting between the legend of Polish popular music – Zbigniew Wodecki – with Mitch & Mitch Orchestra resulted in a series of concerts with a unique repertoire. The artists are going to perform works from the forgotten debut album – “Zbigniew Wodecki”. The record from 1976, almost entirely prepared and recorded by Wodecki on his own, remained unnoticed by the critics as well as the listeners. Still, it has a lot of acoustic potential. If you want to find out about it on your own, make sure to attend the concert at ICE Kraków Congress Centre.

Intensity. The Conrad Festival for the eight time.

One of the most important literature festivals in Europe will begin on 24 October in Kraków. The festival will last a week. Throughout this period, participants will have a chance to take part in meetings with writers, listen to fantastic concerts and watch excellent films. At the end, on 30 October, during the second Conrad Gala, we will learn the winner of last year’s literature debut. This year’s motto is “Intensity”, and every da y of the festival will be held under a different theme: Language, Faith and Infidelity, Emotions, Landscapes, Tensions and Senses.

This year, the International Book Fair celebrates its jubilee – this autumn the 20th edition of this event is going to take place in Kraków. The fair is going to be held on 27-30 October and gather the best Polish publishers, writers, poets as well as bookshops and people involved in culture. The event is an opportunity for the members of the publishing industry to meet, integrate and establish contact with the readers. Apart from the fair, you can count on workshops, exhibitions, meet the author sessions, lectures and discussions which provide the event with a diverse character.

On 22 November, the performance “Piaf! The show” is going to be staged at ICE Kraków Congress Centre. It is an impressive show created in Paris as a tribute for one of the most outstanding French artists – Edith Piaf. The play presents the fascinating biography of the singer, the development of her career, from the start as a street singer in Paris to the very peak and the biggest stages all around the world. Starring as Edith Piaf -- Anna Carrere, an acclaimed French singer known for an amazing voice, personality and expressions similar to Edith Piaf. “Piaf! The show” is a performance bringing the audience closer to the atmosphere of Montmartre, a Paris district and cradle of gifted French artists.

In late September begins the nationwide Kids Film Festival, organised by the New Horizons Cinema, presenting the most interesting and beautiful film productions dedicated to the youngest recipients. The festival will last from 26 September to 4 November. The review includes unique films directed with children, their way of perceiving reality, problems and interests kept in mind. The programme contains German, Swedish, Dutch and Norwegian productions.

Festival​ Lectures, meet the author sessions, competitions, creative writing workshops, classes for children and exhibitions – such attractions await during the 12th edition of the International Short Story Festival, held on 5-9 October in Wrocław. The goal of the festival is to promote ambitious short prose. The event is a great opportunity for both authors and readers to exchange thoughts and experience, discuss on literature and culture, return to orally told stories. The participants will have a chance to confront the author and his character, discover the latest prose works from Poland and the whole world as well as to find inspiration for their own works.

The fifth edition of Bruno Schulz Festival will begin on 10 October . Its theme will be focusing on the issue of border. As part of the festival, you can expects loosely connected events, including location-based games, meet the author sessions, discussion, lectures, slams, concerts and happenings. Everything has the common goal – to promote culture and literature, with the fascinating life and output of this outstanding Jewish writer and painter in the background.

In the middle of October, the New Horizons cinema is going to host a review of William Shakespeare’s film adaptations. The films were chosen by the British Council to celebrate the 400 th death anniversary of this outstanding dramatist. The programme includes both the most popular Hollywood play adaptations as well as some less known ones related to the independent cinema and which are worth showing to a broader audience. The review will be a chance to watch, among others, L. Olivier’s “Hamlet” or D. Jarman’s “The Angelic Conversation”.

This autumn, between 21 and 29 October, the National Forum of Music and Vertigo jazz club are going to be the venues of the 2016 Guitar Masters festival. It is an international guitar contest involving the most gifted musicians from the entire world. Artists are going to compete in two categories: classic music and finger style. Thanks to high artistic level and varied repertoire, the event annually attracts musicians and guitar music fans from whole Europe and the entire world. Guitar Masters is an opportunity to meet and listen to the most interesting guitar players in the world playing classic music, flamenco, jazz or Latino music.

The 13th edition of the international jazz festival Jazztopad is going to start on 13 November and be full of world premieres and impressive compositions. The organisers promised such musicians as Jason Moran, Wayne Shorter, Bobby McFerrin and Hugh Masekala. What is more, artist from Japan are coming, too. This year, the event is going to take place at the National Forum of Music – one of the best concert halls in Europe.

The annual One Love Sound Fest – a holiday for all reggae fans – is taking place on 19 November at the Centennial Hall. The event has already become a permanent fixture in the music calendar of Wrocław. Every edition attracts more and more enthusiasts of positive vibes. Last year, One Love gathered as many as 10,000 participants! This year’s One Love Sound Fest consists in concerts of the biggest Polish and international starts and is a great opportunity to discover the music scene of​ Wrocław. The event is going to be full of interesting projects from the borderline of reggae, roots, dub, raga, hip-hop, dancehall and world music.