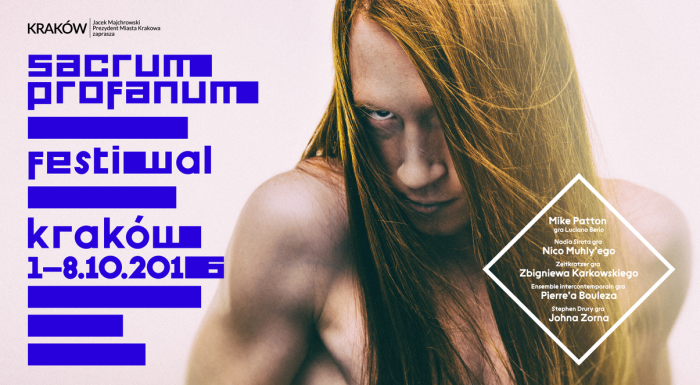 As every year, the Sacrum Profanum festival starts in early Autumn, on 1 October. This time, it will follow the footsteps of composers who, despite not being well-known among the wider public, are undoubtedly outstanding.

The music of 20 th -century artists such as Karlheinz Stockhausen, Luciano Berio, Pierre Boulez will stay in Kraków for 8 days.

Boulez is a magnificent author of electronic music, conductor and founder of the Parisian Institute for Research and Coordination Acoustic / Music (IRCAM).

On 3 October, his works will be presented by Ensemble InterContemporain under the baton of Julien Leroy in Room S2 of the ICE Congress Centre.

Stockhausen, a German artist, paid special attention to psychological aspects of reception of sounds. In his pieces, he allows interpreters to participate in creation of works.

His output will be performed on the final day of the festival, 8 October, by Jérôme Noetinger from Ictus Ensemble in the Auditory Room of the ICE Congress Centre.

The third outstanding artist – Luciano Berio – is a famous Italian composer who is not afraid of musical experiments. His works will be performed by Musikfabrik in Room S2 of the ICE Congress Centre on 2 October.

The festival is organised by the City of Kraków and Kraków Festival Office.