Rehearsals open for seniors under the 14th Misteria Paschalia Festival 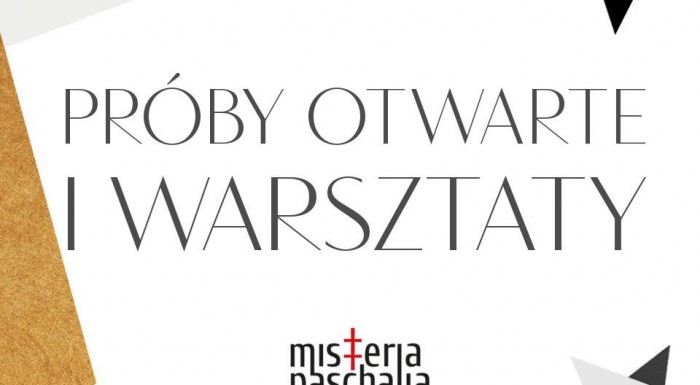 Rehearsals open for seniors under the 14th Misteria Paschalia Festival

On Good Friday, 14 April, between 03:00 p.m. and 06:00 p.m. a dress rehearsal of the group Le Poème Harmonique led by Vincent Dumestre will be held in the Auditory Hall of the ICE Krakow Congress Centre. The group will perform the famous “Stabat Mater” written by the Italian composer Giovanni Battista Pergolesi along with the best French soloists and the well- known Russian soprano and favourite of Krakow audience – Julia Lezhneva.

On Easter Sunday, a concert featuring the music of the eminent French composer of the Baroque and long-time director of the Chapelle Royal orchestra in Versailles, Michel Richard de Lalande will be held. At 03:00 p.m., you will have a chance to hear “Grand Motets” and “a Te Deum”. They will be performed by Le Poème Harmonique, Capelli Cracoviensis chorus and group of international soloists: Sophie Junker (Belgium), Dagmar Šašková (Czech Republic), Sean Clayton (United Kingdom), Mathias Vidal (France) and Benoit Arnould (France). The artists will be led by the maestro Vincent Dumestre. The rehearsal will last until 06:00 p.m.

On Easter Monday, the dress rehearsal for the recital “Arie e concerti”, featuring the most beautiful parts of famous operas written by Antonio Vivaldi, Georg Phillip Telemann and George Frideric Handel, will take place. The French Ensemble Matheus, under the baton of the outstanding Jean Christophe Spinosi , will be accompanied by the famous Korean and Canadian countertenor David DQ Lee.

NOTE: A free entry ticket must be shown in order to attend any rehearsal open for seniors. The entry tickets can be collected from next Friday, 31 March, from 12:00 p.m. at three points of InfoKraków urban information network: at Wyspiański Pavilion (2 Wszystkich Świętych Square), 11 Powiśle and 2 Jana Street. One person may collect no more than two entry tickets for each rehearsal. Limited amount of entry tickets.