“Piramo e Tisbe” to start off the Opera Rara 2016 season 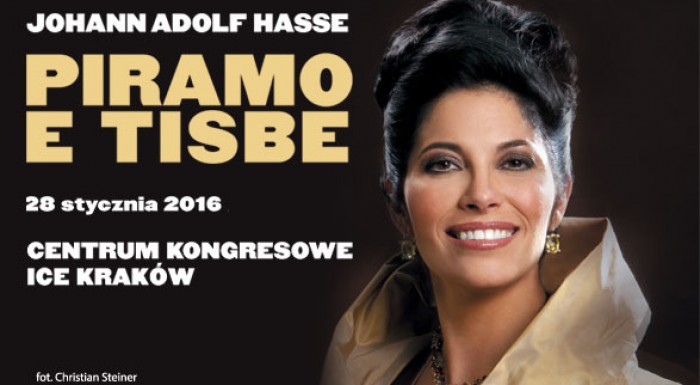 Opera Rara is a year-long cycle based on ambitious productions which impressed the audience during the most important opera theatres and festivals in Italy, France, Great Britain and Germany. It was held for the first time in 2009 and every next edition is more and more popular.

This year, “Piramo e Tisbe”, one of Johann Adolf Hass’ biggest musical achievements, was chosen to be the opening performance of Opera Rara 2016. It is a story about tragic lovers whose families carry on a feud with each other, just like in “Romeo and Juliet”. Numerous misunderstandings, despair, pain of conscience and suicides – librettist Marco Coltellini included all those things in a work inspired by the famous “Metamorphoses” written by Ovid. Evocative musical means, delicate colours, rich orchestration, lively plot driven by dynamic vocal parts and overall dramatic mood guarantee that the audience will experience the play as emotionally as the characters themselves.

On that exceptional evening, the prominent violinist Fabio Biondi, so beloved by the audience in Kraków, is going to be the conductor. The musical setting is going to be provided by Europa Galante band as well as soloists, featuring Vivica Genaux, Desirée Rancatore and Emanuele D'Aguanno.

Tickets, available from PLN 40 to PLN 120, are available on eventim.pl and in four Info Kraków information points: