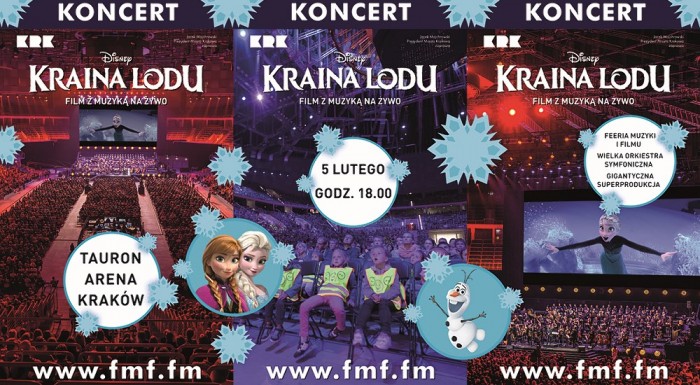 The success of Disney’s “Frozen” matches “The Lion King”, and, despite the fact the premiere took place two years ago, many children (but only) still watch it eagerly all year long. The story based on Hans Christian Andersen’s work has received over 70 awards, including two Oscars. Funny, touching, thought-provoking, the film has touched millions of people of various age.

On 5 February, an amazing multimedia show combining film and music is going to take place in Kraków. The soundtrack is going to be performed by the Beethoven Academy Orchestra and the Polish Radio Choir conducted by Erik Ochsner. The musicians are going to be accompanied by the artists who starred in the Polish version of the film – Czesław Mozil, Kasia Łaska, Magda Wasylik and Marcin Jajkiewicz. They are going to sing some songs from the film live. In total, over 100 artists are going to appear on stage, whereas the picture is going to be displayed on a huge screen (26 x 11 metres).

Tickets can be bought via www.eventim.pl and in InfoKraków information points. Prices range from PLN 50 to 199. What is more, special family tickets are available.