Cigarettes After Sex with 3 concerts in Poland 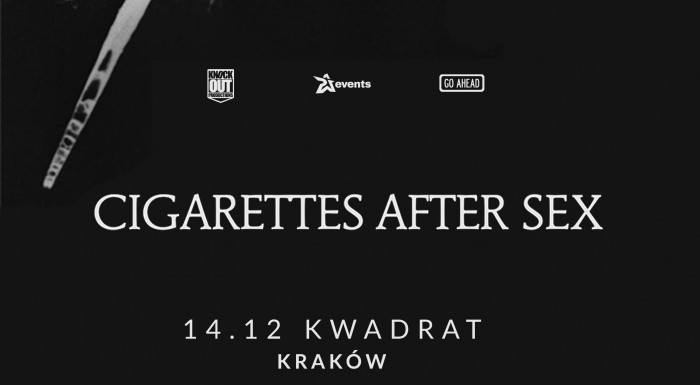 On the final days of the year, in the middle of December, the beloved band Cigarettes After Sex will perform in three Polish cities:

– on 14 December at Kwadrat in Kraków,

In October 2015, they released an album called “Affection”.

Tickets available in presale for PLN 55.