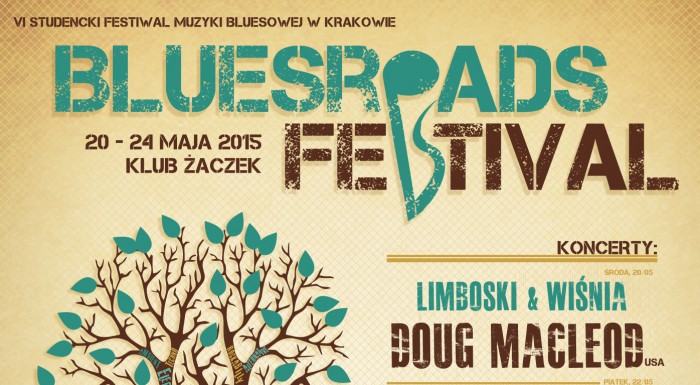 The sixth edition of the only student blues festival in Europe soon in Kraków. The Bluesroads Festival is going to take place between 20 and 24 May in clubs across the entire city.

The festival, whose patron is Wojciech Waglewski, is going to include concerts, workshops, lectures, dance parties and jam sessions – the blues holiday in Kraków is going to be honoured, among others, by last year’s winners of the Fryderyki prize, Voo Voo, Stan Skibbi, Leszek Cichoński, who is going to perform Jimi Hendrix’s songs, as well as Forsal (the 2014 Bluesroads winner). The crowning of the festival is going to be the Clubbing Blues Nights – parties, dances and blues concerts are going to take place in entire Kraków. If you are a rock and blues enthusiasts, you simply cannot miss this event.

Full schedule of the event: http://www.bluesroads.pl/program.html