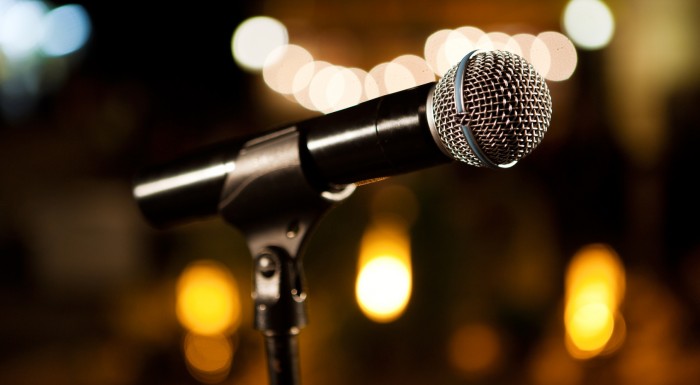 Kraków is one of those locations on the map of Poland where the greatest number of concerts and mass events is held. That is because of the fact that there are many places where the biggest and most spectacular concerts as well as events can take place.

If you want to be up to date with music events taking place in Kraków, it is worth learning about the venues where large, classic, or pop concerts are held. Cult clubs and pubs, large halls or mass outdoor events – Kraków is a perfect location for organising an unforgettable concert.

A fair number of concerts and events in Poland is held at Kraków Arena – the largest sport hall and live house in Poland. The surface of this place amounts to over 60,000 m2 and it has enough space for over 22,000 people. At the Arena, concerts of the world-famous pop stars are held, among others. This year, the organisers are inviting to concerts of such legends as Paul Simon and Sting (13th March), Robbie Williams (17th April), or Andre Rieu (28th May). The technical conditions created by the facility are the reason why the most refined events on a world scale are held there.

Klub Studio – a cult spot in the centre of the campus

Located in the heart of the campus of AGH (University of Science and Technology), Klub Studio has welcomed on its stage many famous, both in Poland and all over the world, musicians. At the same time, it is involved in promoting young Polish artists by giving them a chance to perform in front of its regulars. Therefore, among the musicians who performed in Klub Studio both legends of Polish music, such as Grzegorz Turnau, Coma, or Myslovitz, and a fantastic young group – Domowe Melodie – can be mentioned.

Founded in 2010, in a post-industrial lofty area, the club quickly won Kraków partygoers’ hearts and filled the niche on the club map of the city. Klub Fabryka is a place where both hard rock concerts and dance parties are often held. The severe design goes perfectly with the sounds played on the stage of the club. Last year, in this atmospheric spot there was a chance to enjoy performances, apart from those by niche musicians performing different music genres, of the legendary Polish band – Hunter, as well as, Tides from Nebula, Dezerter, Julię Marcell, and Behemoth.

Among typical basement clubs in Kraków, Forty Kleparz should be distinguished – it is a place with unique atmosphere whose stage was honoured by only the best musicians. Its concert room has enough space for 200 people, which contributes to the cosy atmosphere of the events taking place there. The club eagerly invites prominent young alternative musicians, mainly those who have not had a chance to present their works to a wider audience yet. But it does not mean that stars famous in the entire country do not perform there – the club organised concerts of such artists as Perfect, Lady Pank, Hunter, Coma, Poluzjanci, Odział Zamknięty, Jose Torres y Havana Dreams, and Justyna Steczkowska.

The list of the cult music clubs in Kraków will not be complete without Kwadrat, a student club. Many years of experience, huge area, and modern equipment make it possible to organise large mass events. On its stage, concerts of many cult bands, including Illusion, Kazik Na Żywo, TSA, Voo Doo, and Acid Drinkers, were held.

The list of recommendable clubs in Kraków is literally endless. Other spots that are worth being labelled as the best ones are definitely Lizard King, Klub Afera, and Pod Jaszczurami. They often organise Polish and foreign stars’ concerts, as well as theme parties and discos.